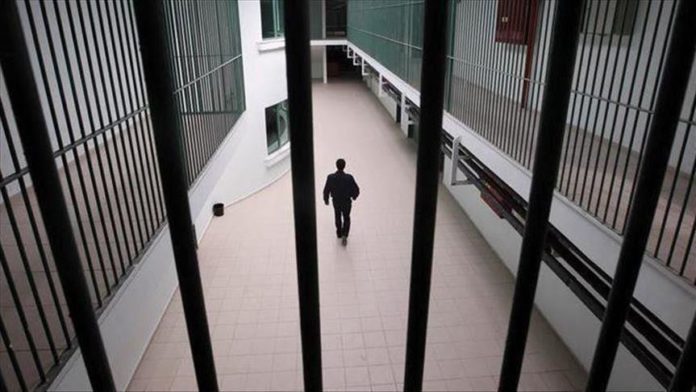 A Palestinian detainee on Wednesday said he will continue his hunger strike until he is released by Israeli authorities.

“I am firm on my position, [observing] hunger strike for 80 days for my own dignity and the dignity of my family, people and detainees,” Maher al-Akhras told Anadolu Agency from the Kaplan hospital.

Al-Akhras was admitted to the hospital earlier this month as his health condition deteriorated due to his continued hunger strike.

Stressing that he would risk everything until he gains his freedom, he said: “I refuse to give in to the decisions of this occupying state. I will either return freely to my children and to my people, or I will die without submission.”

Al-Akhras said he is a representative of the Palestinian people who have been living under occupation for years.

“We urge the people of the world, in particular the free Turkish people and President Recep Tayyip Erdogan to work to ensure the freedom of the Palestinian people free and to get them rid of the [Israeli] occupation.” al-Akhras added.

On Wednesday, scores of Palestinians organized a solidarity stand in front of the hospital and demanded al-Akhras’ release.

About 4,400 Palestinian political detainees are languishing in Israeli jails — including 39 women and 155 children – while 350 of them are under administrative detention.