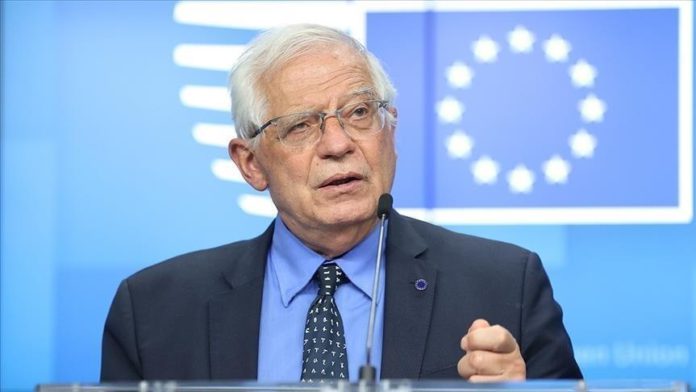 “The crisis that Lebanon is going through is local and internal,” Borrell told reporters following his meeting with Lebanese President Michel Aoun in the capital Beirut.

The European official, who is in Lebanon on a two-day visit, called on Lebanese politicians to form a new government to help cruise the country out of its current economic crisis.

“We cannot understand that nine months after the resignation of a prime minister, there is still no government in Lebanon,” Borrell said. “Only an urgent agreement with the International Monetary Fund will rescue the country from a financial collapse.”

Borrell went on to warn that, “There is no time to waste. You are at the edge of the financial collapse.”

Lebanon is still stuck in the formation of a new government amid differences between Aoun and Prime Minister-designate Saad Hariri.

Lebanon is facing a severe economic crisis and a deterioration in living conditions, the worst since the country’s civil war.