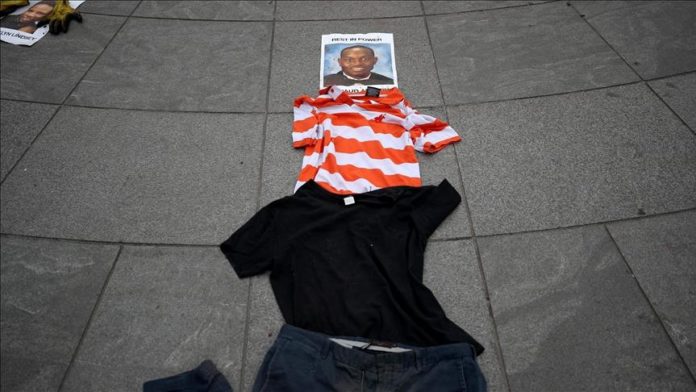 Three white men convicted of murdering Ahmaud Arbery in the US state of Georgia were found guilty Tuesday of federal hate crimes.

Gregory McMichael, 66, Travis McMichael, 36, and William Bryan, 52, followed and killed Arbery as he was jogging through a suburban Atlanta neighborhood on Feb. 23, 2020.

Federal prosecutors claim the attack was racially-motivated because Arbery was Black and that all three men had a history of racist behavior.

“We got a guilty verdict on all charges, on all murderers,” said Wanda Cooper-Jones, Arbery’s mother.

She explained at the news conference how difficult it has been to relive her son’s brutal killing during court proceedings, “to see Ahmaud being characterized as a monkey … being trapped like a rat,” referring to the N-word, a racial slur the defendants used to refer to Black people.

All three men had already been convicted of state murder charges and sentenced to life in prison.

The judge in the case will next determine their federal sentences.

Crump said the family will be pursuing civil charges against his killers.

“We truly expect for Ahmaud Arbery’s family to get full justice,” he said, which means the verdict Tuesday is not the end of the case.

“I’ve got to keep going for the memory of him,” said Arbery’s father, Marcus Arbery, Sr.

Black sailor finds noose on US ship, racism probe on