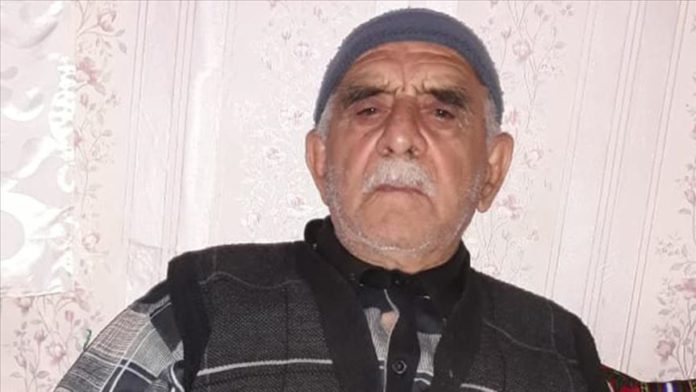 Uprooted from their homeland 76 years ago by the Soviet leader Joseph Stalin, Ahiska Turks still suffer the pain of exile and longing for their homeland on the anniversary of their deportation.

Meskheti, a region now located on Georgia’s border with Turkey, was left to Russia after a war between the Ottoman Empire and Tsarist Russia in 1828-1829.

After World War I, the region, which was now within the Soviet Union, was given to the Georgian Soviet Socialist Republic. This would be the beginning of suffering for Ahiska Turks, like many other Turkish and Muslim communities in the USSR.

After Stalin signed an exile order for the Ahiska Turks despite their service in the Soviet army fighting against Nazi Germany in World War II, over 86,000 Ahiska Turks, also known as Meskhetian Turks, were expelled from their homeland to distant lands within the Soviet Union.

Thousands of Turks and Muslims living in the Meskhetia region were put on wagons just hours after being informed of their forced migration, not even being allowed to pack their belongings.

During their deportation, which lasted more than a month, nearly 17,000 Ahiska Turks lost their lives due to hunger, cold and illness.

Those who survived were forced to remain in various regions in Central Asia, where a further 30,000 died due to hunger and disease.

The Soviet administration forced Ahiska Turks to work in the most difficult jobs regardless of their age and gender and barred them from leaving their areas they were made to live, punishing violators by exiling them and their families to Siberia for 25 years.

One of the survivors of Ahiska Turks’ exile, Sukri Anvarov, 87, told Anadolu Agency that he was 12 years old when they were forced to leave their homeland.

Forced aboard windowless wagons used in coal transportation, Anvarov and his fellow Ahiska Turks “traveled by train for 19-20 days in those conditions and arrived in Uzbekistan. They made us wait in a bazaar for three days and then sent us them to the villages.”

He said the soldiers came knocking at their doors at dawn, rifles in hand, and forced everyone out their houses, breaking their windows.

Recounting that they lived in Uzbekistan with no problems until 1990, Anvarov said they had to leave after a series of incidents in the Fergana Valley, adding: “The Uzbeks threw us out too, though we believe in the same religion.”

He emphasized that the Ahiska Turks once again found themselves in disarray and had to migrate to different regions including Kazakhstan, Kyrgyzstan, Russia and Ukraine.

“We came to Ukraine, Nikolayev city. We’re happy to be living in Ukraine, but our home is Turkey, we want to live there one day,” he added.

Under Stalin, Soviet authorities claimed that the Ahiska Turks had collaborated with Nazi Germany in World War II, whereas they had actually been on the frontlines with the Russians.

With the dissolution of the USSR, it was understood that these charges were false and that the real aim was different.

According to Soviet records, the exile of the Crimean and Meskhetian Turks was meant to ethnically cleanse the Black Sea regions of Turks.

Today, approximately 20,000 people live in the Meskhetia region, though a very small number of these are Turkish.

The majority of Ahiska Turks still live in the places where they were exiled or in the countries they later migrated to.

According to the reports of international organizations and other sources, 550,000-600,000 Ahıska Turks currently live far from their homeland.

Some have made their way to Turkey, while others are in Kazakhstan, Azerbaijan, Russia, Uzbekistan, Kyrgyzstan, Ukraine and the US.

Their return to their homeland, which came to the agenda decades ago with the dissolution of the USSR, has not been resolved since.

For its part, Georgia has so far failed to take concrete steps despite the law it enacted in 2007 on the return of Ahiska Turks.