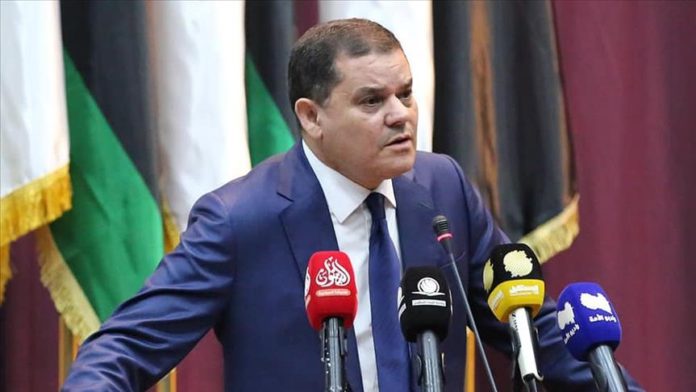 Libya’s Prime Minister-designate Abdul Hamid Dbeibeh on Tuesday said the Turkish-Libyan maritime agreement in the Eastern Mediterranean is in the interest of his country.

This came in response to a question about the agreement in a parliament session held in Sirte for vote of confidence on the new interim government led by Dbeibeh.

“The Libyan-Turkish agreement in the eastern Mediterranean is in the interest of the state of Libya,” Dbeibeh said, adding: “Libya has gained a fine share of its right to [natural] gas” after the agreement.

On Nov. 27, 2019, the internationally recognized Libyan government signed a security cooperation agreement and demarcation of a maritime border with Turkey.

Dbeibeh arrived in Sirte on Monday to present his ministerial outline to the House of Representatives, which included 26 ministerial portfolios, in addition to six state ministers.

On Feb. 5, the Forum for Political Dialogue elected a unified executive authority whose main task is to prepare for holding presidential and parliamentary elections on Dec. 24.

Libyans hope that this step will end years of armed conflict in the oil-rich country.