TurkishPress
Home News Age of coups is over in Turkey: Parliament speaker 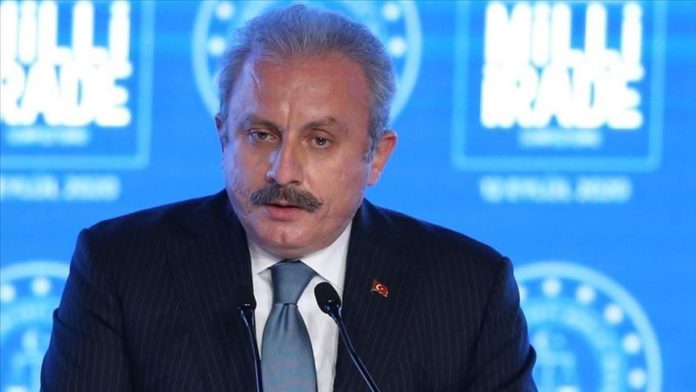 The age of coups in Turkey has come to an end thanks to Turkish people’s heroic defense against the coup plotters on July 15, 2016, the Turkish parliament speaker said on Saturday.

Turkish people’s resistance played the biggest role to eliminate putschists and their mindset, Mustafa Sentop said at a symposium against coups held on Democracy and Freedom Island.

He said the Turkish people will always protect their constitution, democracy, elections and votes at the cost of their lives.

He stressed that it should be noted that all military coups are essentially non-national and against the nation and the state.

The remarks by the presumptive US Democratic presidential candidate drew harsh criticism of all segments of Turkish political actors including both government and opposition.

It is remembered as the coup that led to the detention of hundreds of thousands along with mass trials, torture and executions.

Forty years ago, Chief of General Staff Kenan Evren, the leading figure of the military coup, appeared on television and declared a military intervention, officially confirming the coup that would drastically affect the country in coming years.

Torture, ill-treatment and unhealthy conditions at prisons left 299 people dead. That still haunts the conscience of the Turkish nation.

Some survivors said they went through physical, mental and spiritual torture for years.