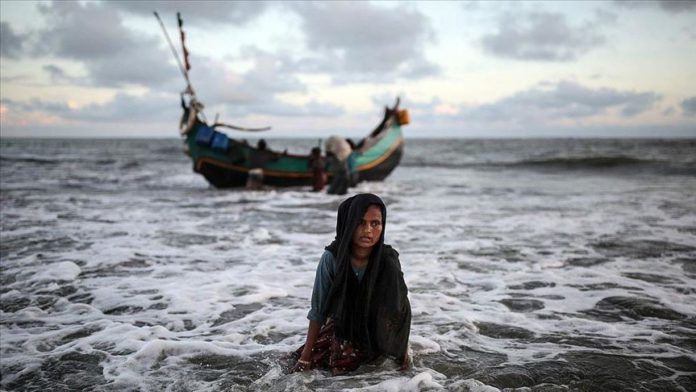 Bangladesh has sent a small group of stranded Rohingya refugees, who supposedly spent weeks at the sea, to a remote island in southern Bangladesh amid call from UN bodies for their refuge.

“A group of 29 Rohingya refugees was taken to Bhasan Char island on Saturday after being rescued by Bangladesh law enforcers when they were found floating in the Bay of Bengal,” an official of the Bangladesh Refugee Relief and Repatriation Commission told Anadolu Agency on the condition of anonymity.

Food, health, security and other necessary support has been provided to the refugees, he added.

Hundreds more, however, still remain adrift on several trawlers between waters of Bangladesh and Malaysia.

The United News Bangladesh, a local news agency, earlier quoted the country’s foreign minister as saying that there were around 500 Rohingya in two boats but not in or near the Bangladesh maritime border.

According to the law of the seas, he pointed out, other countries in the region had responsibilities to save the Rohingya.

The number was confirmed by Nay San Lwin, co-founder of the Free Rohingya Coalition. “We heard that about 500 refugees in two boats are still at the sea,” he told Anadolu Agency.

Bhasan Char, a multimillion-dollar project, has prepared to host 100,000 refugees, whereas the Human Rights Watch along with some 38 rights groups earlier urged the government to consult Rohingya before their repatriation to the remote area.

EU leaders to review 2016 deal with Turkey on migrants