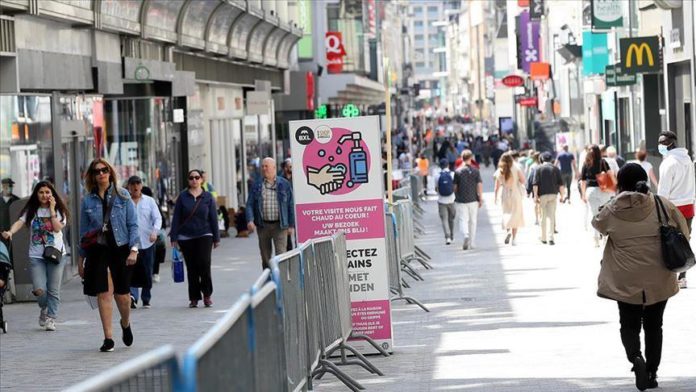 After seeing the highest per capita coronavirus death rate in the European Union, Belgium is now gradually shifting to normalization.

With a population of 11.4 million people, Belgium is among the countries most affected by the worldwide COVID-19 outbreak.

According to data from online resource Worldometers, in terms of fatalities per 1 million people, Belgium suffered the second-highest death toll, behind only the microstate of San Marino.

Over 9,500 people in Belgium were claimed by coronavirus, or 850 people per 1 million.

As of June 3, nearly 59,000 people in the country had contracted the novel coronavirus.

Although the first official case was documented in early February in a hospital near Brussels, Belgium’s capital and seat of the EU, experts think that the virus may have reached the country as early as December.

Doctors have admitted that they treated some patients with COVID-19 symptoms in December, but they were unable to diagnose it due to a lack of testing at that time.

The first official case was reported on Feb. 4, as one of nine Belgian citizens evacuated from Wuhan, China – where the virus originated – was diagnosed with COVID-19.

The patient was discharged from a military hospital after recovering, at a time when the number of coronavirus cases in the country was low.

At the end of February, when COVID-19 spread to other Asian countries as well as Iran, the Belgium Federal Public Service (FPS) announced that the virus posed no threat to the country, comparing it to the flu.

As many people traveled during the holiday, the spread of the virus accelerated.

On March 2, two people returning from Italy were infected with coronavirus, and by March 9 the number of cases had jumped to 239.

On March 11, with cases numbering 267, Belgium reported its first death from coronavirus.

The pandemic gained momentum in the country in March and reached its peak in mid-April.

Over half of the coronavirus deaths in Belgium were recorded at nursing homes for the elderly.

An institute dedicated to studying elderly illnesses urged authorities to keep elderly people with chronic diseases at nursing homes instead of hospitals.

But due to shortages of medical supplies in the country, adequate measures were not taken in nursing homes.

Administration in the country’s Flemish region in particular was heavily criticized for a lack of testing and masks at nursing homes.

When the outbreak hit Belgium, the country’s interim government had a hard time making decisions.

As a government was formed under Prime Minister Sophie Wilmes, the healthcare crisis deepened.

On March 13 Wilmes announced a series of strict measures, including the closure of schools, cafes, and restaurants as well as canceling all cultural and sports events. The restrictions extended till May 3, as the public were asked to stay home except for trips to get food and medicine.

Shortages of health masks and tests also accelerated the spread of the virus.

The country has gradually moved towards normalization starting on May 3, with schools reopening their doors on May 18.

Up to 30 people are allowed at weddings and outdoor funerals.

The Interior Ministry also announced that Belgians can travel to neighboring Luxembourg, Germany, and the Netherlands, provided that it is a family visit.

The measures are expected to be further eased as of June 8, when cafes and restaurants are due to reopen.

'Poison of communalism spreading in India'