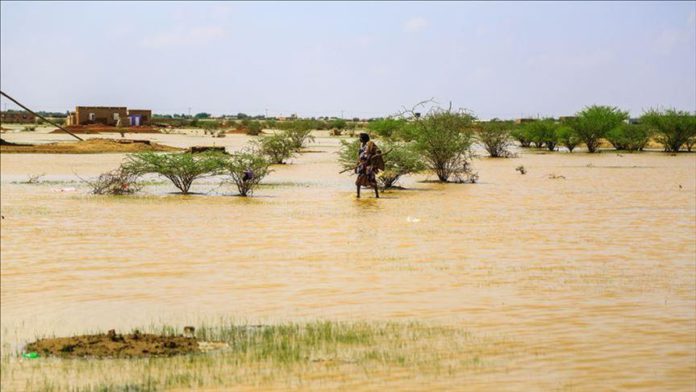 Dozens of people have died over floods in Africa’s Sahel region, while thousands others are “in immediate need of shelter, clean water, and health services,” the UN Refugee Agency said in a statement Thursday.

“UNHCR, the UN Refugee Agency, is scaling up efforts to assist displaced families in Africa’s Sahel, among more than 700,000 people affected by devastating floods in the region,” the statement read.

“Dozens of people have died including a displaced pregnant mother and her teenage daughter. Thousands more are in immediate need of shelter, clean water, and health services across large swathes of Burkina Faso, Chad, Mali, and Niger,” the UNHCR voiced.

Niger, according to the report, has been hit hardest as Nigerien authorities have confirmed 71 deaths, 90 injured, and more than 350,000 people affected by the floods across the country.

According to the statement, the “heaviest rains” which started to hit the region in August “are believed to be the worst in over a decade.”

“Homes have been destroyed, health centres damaged, and farmlands submerged across the Sahel, where intense and indiscriminate violence had already forced more than 3.5 million [people] to flee both within countries and across borders,” the UNHCR noted.

“Refugees, internally displaced, and their hosts were already on the brink and in urgent need of our assistance,” Millicent Mutuli, the director of UNHCR’s Regional Bureau for West and Central Africa was quoted as saying in the report.

He described the humanitarian situation in the region as “one of the world’s worst and fastest-growing humanitarian crises”.

Across the Sahel region, infrastructure, including medical service facilities “have been badly damaged, impacting national responses to COVID-19 and other illnesses such as malaria and measles.”

The UNCHR warned of possible spread of cholera as water sources are contaminated and latrines flooded.