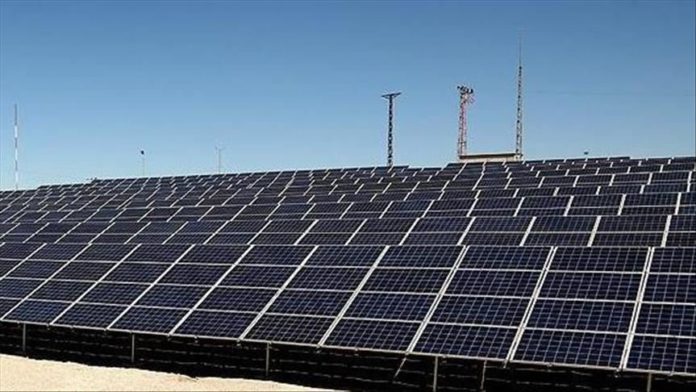 There is a need for women to be visible in the African geothermal industry, the recently concluded Eighth African Rift Geothermal Conference (ARGeo C8) said in a statement Monday.

Speaking during the virtual conference, which was held in the Kenyan capital Nairobi from Nov. 2-6, Amani Abou-Zeid, the African Union Commissioner for Infrastructure and Energy, said there is a need for capacity and skill development of home-grown experts through regional institutions while also noting “the need for women to be visible and mainstreamed throughout the geothermal value chain.”

“Currently, more than 600 million Africans lack access to electricity, with many still relying on traditional biomass for cooking. This is having huge impacts on our efforts towards poverty reduction and human development in the continent,” she said.

Abou-Zeid told the summit that Africa has a huge potential in renewable energy, especially in geothermal, which is a viable energy resource estimated at over 15,000 megawatts in East Rift System Countries, that the continent can leverage on to improve the energy-mix generation in East Africa.

To speed up the process of ensuring that women are well represented in the industry, former Iceland President Olafur Grimson launched the African Women Advancing Geothermal (AWAG) group during ARGeo.

In his remarks during the conference, Olafur lauded the initiative, which he said will bring gender equality and new and fresh ideas into the African geothermal industry.

According to the UN, the delegates — who comprised more than 500 experts from governments, civil society, academia and the private sector from across Africa and around the world — agreed on the need to accelerate geothermal development in Africa.

Kenyan Energy Minister Charles Keter said “this conference provides Kenya with a platform to build partnerships with other African countries who are in their various stages of geothermal development to deepen cooperation in skill, capacity and technology transfer.”

Dr. Juliette Biao Koudenoukpo, Director and Regional Representative for Africa, UNEP, spoke on the reliance of geothermal energy being a game-changer in the African energy industry.

“Renewable energy can and will change the African energy challenges and narrative. Energy-use statistics in Africa reveal a worrying scenario: Africa has 13% of the global population, yet its share in global electricity consumption is less than 3%, and only 25% of Africans have access to electricity. More than 70% of Africa is dependent on traditional biomass fuels.”

The UN said the delegates at the summit agreed to increase geothermal resources installed by a capacity of at least 2,500MW of electricity in the region by 2030.

According to organizers, the ARGeo summit, which was launched in 2010, aims at supporting the development of the large untapped geothermal resource potential in the eastern Africa region with the main objective of reducing the risks associated with the resource’s exploration. It also aims to reduce greenhouse gas emissions by promoting the adoption of geothermal energy in the region.