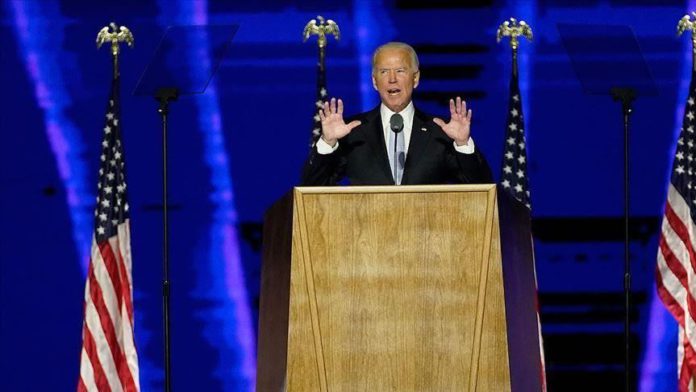 As US President-elect Joe Biden, 77, prepares to take over the White House in January, leaders and experts in Africa expect him to return to multilateralism, repair relations, and restore aid to UN-led programs that feed a large swath of the population in the continent.

Speaking to Anadolu Agency Gyude Moore, a former top official in Liberia said he looks restoration of development aid and return of helpful relations that were hallmark during the Obama presidency.

Moore, a former minister, who now works as an African expert in the Washington-based think tank the Centre for Global Development said that President Donald Trump had cut aid to various UN-led programs, active in Africa.

He hoped that Biden will repair the damage that US relations have witnessed with Africa under the Trump leadership by reversing policies that had adversely affected many Africans.

“We can expect to see the US halt its withdrawal from the WHO and join COVAX, the global vaccine effort to make promising vaccine candidates available to poorer countries. We can expect stabilization and even hope for a growth in US budgetary commitment to its programs in Africa,” said Moore, who has also worked as an aide to the president of Liberia.

He said as Biden has expressed the need to restore development aid to suit the US diplomacy, this will have a positive impact on Africa.

“Unlike President Trump who denied the existence of climate change, we can expect the Biden administration to support global efforts to curb global warming and that would have a direct impact in Africa,“ he added.

The expert hoped that the Biden era will mean more substantive engagement from US government agencies in Africa.

Frederick Owino, a lecturer and an environment expert in Kenyan capital Nairobi expected Biden to fix issues of climate change, ignored by Trump.

“We in Africa have been concerned about climate change and its consequences on the environment, during Trump’s administration. He [Trump] pulled the US out from the climate change agreement.” Owino said.

He said the President-elect Biden has promised to address the issue and rejoin the Paris agreement on climate change.

“We are very excited that the change can bring new thinking in the area of climate change,” he said.

He added that before Trump took office, the US was engaged in efforts to mitigate climate change. But Trump poured cold water on these kinds of schemes putting the environment at risk.

Owino recommended that besides rejoining the Paris agreement, the new president should push for a clean energy drive and make financial resources available to other countries, particularly to Africa to address issues of climate change.

Noah Migambi, a Kenyan defense expert said it was time for African countries to migrate to become partners rather than just recipients of aid.

He noted that many East African countries had silently suffered under the Trump administration.

“What Trump had started doing here was very dangerous. He singled out Kenya and completely ignored the rest of East Africa. If you look at our trade deals right now, we benefit more from trading with the East African community than trading with the US, “said Migambi.

*Felix Tih contributed to this report from Ankara