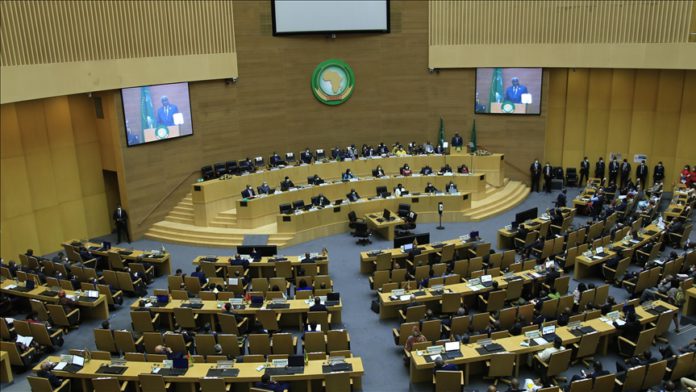 The African Union on Sunday postponed a debate on whether Israel’s observer status should be withdrawn, avoiding a division, the pan-African body’s newly elected chairman for 2022 said.

Speaking to reporters at the end of the two-day summit in the Ethiopian capital Addis Ababa, Macky Sall said they discussed the issue thoroughly and agreed to postpone it until the next summit in 2023.

“This issue can divide us, Africa cannot be divided,” he said, adding that division would result in a fragile institution that may not effectively focus on serious issues.

He added that a committee has been set up, which will consult with member states and build a consensus on the matter. “It will be composed of eight heads of state and governments, and will present its recommendations at the next summit.”

Moussa Faki Mahamat, chairperson of the African Union Commission, who granted Israel the accreditation last July, briefed the media with Sall and defended his decision as legal.

“By granting the observer status to Israel, I acted in full compliance with my prerogatives and powers …” he said. [But] “I respect the decision of the summit.”

Several member states, particularly Algeria and South Africa, have protested Mahamat’s decision, saying they had not been consulted on the move.

In response to the 55-member bloc’s move, Israel said the African Union “rejected attempts by Algeria and South Africa to revoke the State of Israel’s acceptance as an observer in the organization.”

In a statement, the Foreign Ministry said its admission will facilitate increased cooperation between Israel and African countries.

“Israel attaches great importance in expanding the dialogue and cooperation with the African Union in line with changes in the Middle East, and views it as an important expression of our shared activities for the continent’s next generation,” it added.

*Gozde Bayar contributed to this story from Ankara

Economic confidence in Turkish economy down in December