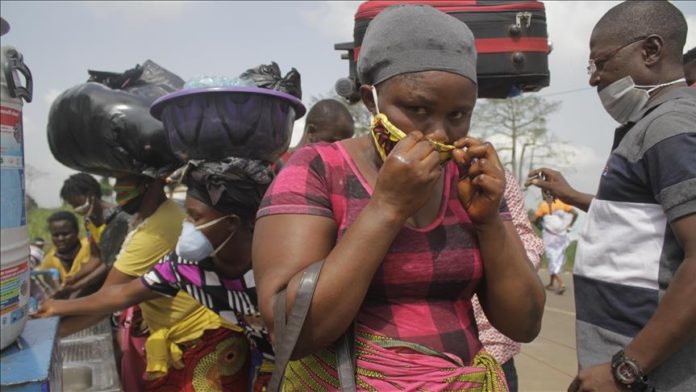 Africa has resorted to diversification strategy and donations to help ward off the worrisome vaccine scarcity after India diverted its production for domestic use, an official said.

According to the Africa Centers for Disease Control and Prevention (Africa CDC), some 52 African countries have so far acquired about 70.4 million doses of COVID-19 vaccines as of July 8–with some 53.3 million doses administered.

The vaccines are acquired through: COVAX, a worldwide initiative aimed at equitable access to COVID-19 vaccines, bilateral deals, and others supplied by the African Union African Vaccine Acquisition Task Team.

Speaking Thursday at a virtual press briefing, Aurélia Nguyen, the Managing Director of the COVAX Facility at Gavi, the Vaccine Alliance, said after the COVID-19 vaccine shipments to Africa halted in early June, COVAX pursued portfolio diversification to avoid reliance on one supplier, with now nine vaccines and vaccine candidates in line.

These are all purchases based on a successful fundraising summit held in early June.

“We are also working very closely with our partners in the US government to facilitate vaccine sharing from the US as well as other donations from other countries. We have been putting a lot of effort looking at the supply forecast and the elements that drive it,” Nguyen said.

Only around 1.19% of Africa’s population has received a full vaccine regimen, out of a population of 1.2 billion people.

The continent has the lowest vaccine coverage in the world.

Compared, 46% of the US population is fully vaccinated, with about 33% in the European Union and about 40% in China.

On the continent, five countries, including Morocco, Egypt, Nigeria, South Africa and Algeria have acquired and administered the most doses of COVID-19 vaccines to their respective populations.

COVAX facility has secured commitments for over 500 million doses to be donated through the facility.

It also has legally binding contracts in place for additional 2.8 billion doses and commitments for further 1.3 billion doses.

“Indeed now we have the resources in place to be able to protect up to 30% of the population in every African country eligible for doses under COVAX commitment. The majority of these doses will be delivered from September onwards,” Nguyen said.

“The need to get more vaccines to Africa and other underserved regions has never been more urgent. At the moment donations have an important role to play.”

Among the manufacturers with which COVAX has reached supply deals with include Johnson &Johnson and Moderna.

COVAX coalition has held close discussions with the Indian government and the Serum Institute on the possibility of resumption of supplies but it’s still a fluid situation.

In the interim countries with excess doses are sharing vaccines with COVAX.

For instance Zambia, Kenya, Mozambique and Somalia were this week to receive vaccine donations from France.

As of July 8, the number of confirmed COVID-19 cases in Africa had reached 5.7 million, with 148,736 deaths and 5.01million recoveries, according to the Africa CDC.

South Africa, Morocco, Tunisia, Ethiopia and Egypt are the countries with the most cases on the continent, according to the Africa CDC.

The World Health Organization (WHO) says the numbers are doubling in Africa every three weeks with the highly contagious delta variant driving the new wave of infections.

According to Matshidiso Moeti, WHO regional director for Africa, progress in vaccine supplies after a prolonged scarcity will boost efforts to suppress the third wave.

“With much larger COVID-19 vaccine deliveries expected to arrive in July and August, African countries must use this time to prepare to rapidly expand the roll-out,” Moeti said.

More than 1.6 million vaccine doses were delivered to Africa in the past fortnight through the COVAX facility, while more than 20 million doses from Johnson & Johnson and Pfizer-BioNTech are expected to arrive soon, according to WHO.

The continent needs 1.6 billion doses in a double-dose regime, or 800 million for a single-dose regime, to meet the goal of vaccinating 60% of the population.

John Nkengasong, the head of the Africa CDC has said ensuring inclusivity in vaccine access, and building Africa’s capacity to manufacture its own vaccines, is not just good for the continent, but the only sustainable path out of the pandemic and into a health-secure future.

He appealed to donors to “Pay up your money” saying “we will no longer measure pledges, but vaccines arriving at our airports.”

Masiyiwa cited challenges to include vaccine suppliers requiring advance purchases yet the World Bank could only lend to countries once vaccines are available.

African nations have raised some $2 billion via the Africa Export-Import Bank, owned by member states.

But even with money the vaccines have been hard to find after countries with manufacturing capabilities restricted export sales in the interest of domestic use.​​​​​​​