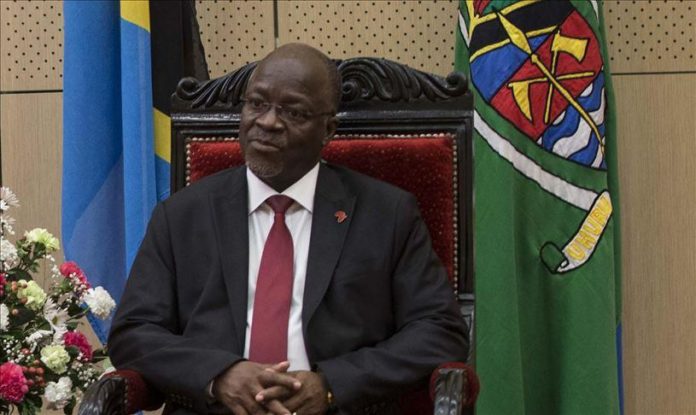 Magufuli was admitted to the Jakaya Kikwete Cardiac Institute in Dar Es Salaam on March 6, where he was treated for chronic atrial fibrillation, a heart condition he had suffered for more than 10 years, Hassan said.

Magufuli’s death came after two weeks of speculation about his health on suspicion of contracting COVID-19.

He had declared COVID-19 defeated in his country, even when the World Health Organization urged cooperation from the government.

However, he had recently acknowledged that the virus was still being transmitted when the vice president of semi-autonomous Zanzibar reportedly died of COVID-19.

In a Facebook message, Faki said the African Union family condoles “the untimely passing of H.E. President John Pombe Magafuli”, adding: “Africa has lost a champion of regional cooperation in the East African region and a committed Pan Africanist leader.”

“I am terribly saddened to learn of the passing of my friend & brother H.E John Pombe Magufuli, President of the United Republic of #Tanzania. My thoughts & prayers go out to the Government and People of Tanzania & his Family for the loss of a Great Leader, a true Panafricanist,” Ndayishimiye tweeted Thursday.

“I spoke to the Vice President Her Excellency Samia Suluhu Hassan, to express our deepest condolences as they go through this difficult moment,” Ramaphosa tweeted Thursday.

Condoling Magufuli’s demise, Kenya’s President Uhuru Kenyatta also announced that flags in Kenya and all Kenyan diplomatic missions abroad will be flown at half-mast from March 18 until the burial of the Tanzanian president.

“In testimony of the high esteem in which the People of Kenya hold President John Pombe Magufuli, the Republic of Kenya will observe a seven-day national mourning,” Kenyatta said Thursday.

“As a symbol of Kenya’s enduring respect for Magufuli, as well as Kenya’s solemn solidarity with the nation and people of the United Republic of Tanzania,” flags in Kenya and its diplomatic missions will be flown at half-mast, he added.

“My sincere condolences to the people and Government of #Tanzania on the passing of President John Pombe Magufuli. May he Rest in Peace,” he tweeted.

He also announced that national flags at home and at diplomatic missions abroad will fly at half-mast.

*Andrew Wasike from Nairobi, Kenya and James Tasamba from Kigali, Rwanda contributed to this story.