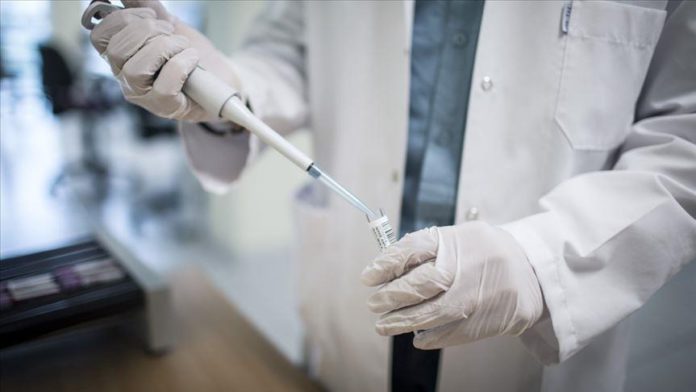 It is time to formulate vaccination plans that go beyond priority groups to effectively extend protection against the deadly Ebola virus with current outbreaks in Guinea and the Democratic Republic of the Congo (DRC), experts said.

The DRC announced a new outbreak on Feb. 7 after a case was identified in the eastern part of the country near Butembo in North Kivu Province, months after the last outbreak ended.

Guinea confirmed an outbreak in N’Zerekore province on Feb. 14 after registering seven cases and three deaths.

In the DRC, the World Health Organization said Sunday that eight cases and four deaths had been registered.

Health authorities in the DRC introduced a second experimental vaccine in 2019, manufactured by Johnson & Johnson.

It complemented the rVSV-ZEBOV-GP vaccine manufactured by Merck, which authorities said was proven highly effective and safe.

Authorities employed a “ring strategy” where all people who came into contact with someone with a confirmed case were given the vaccine.

It also used a “targeted geographic vaccination” approach which involved vaccinating everyone in a neighborhood or village.

But the latest outbreaks demand an increase in the number of people vaccinated if vaccination is to be more effective in saving lives, according to Vedaste Ndahindwa, an epidemiologist at the World Health Organization (WHO) in Rwanda.

It is the twelfth outbreak in the DRC and second in Guinea, with virus sources yet to be known.

The DRC announced Nov. 18, the end of the eleventh epidemic that hit northwestern Equateur Province.

“Though the vaccine cannot be 100% effective, if the virus continues to pose a threat to people’s lives then there may be a need to consider rolling out the vaccine to ensure everyone is protected,” Ndahindwa told Anadolu Agency.

“What needs to be done is to find financial means to multiply the vaccine by manufacturers and then make a decision on vaccination targeting everyone.”

“COVID-related containment measures currently being implemented have exacerbated food insecurity in the region and this may lead to the reluctance of communities to respect new preventive measures that are being put in place to contain Ebola,” he said in a statement.

“To confine the outbreak requires limiting contact between people, increasing awareness campaigns, and applying measures of infection prevention control such as washing hands and prohibiting funeral rituals which can aid the disease to spread quickly,” he said.

On Tuesday, Guinea launched a vaccination campaign in Conakry and Gbeke in the southeastern N’Zerekore region, according to the Health Ministry. The 11,500 doses of vaccines that arrived Monday in Conakry were donated by the WHO.

A vaccination campaign has also been launched in the DRC city of Butembo, health officials said, noting that the government stocked 10,000 doses of vaccines.

The highly contagious hemorrhagic fever causes a range of symptoms, including fever, vomiting, diarrhea, generalized pain or malaise and in many cases internal and external bleeding.

Mortality rates range between 50% and 89% depending on viral subtype, according to medics.

The Africa CDC announced plans to deploy an emergency response support team of experts in Guinea to help it fight the new outbreak.

In Guinea, new cases are linked to a nurse, who died Feb. 1, while in the DRC a female farmer and wife of a recent Ebola survivor in the Butembo health zone in North Kivu were diagnosed with the virus.

In Guinea, more than 150 people have reportedly been tracked as contacts with 115 in N’Zerekore and 10 in the capital, Conakry.

In the DRC, besides reopening an Ebola Center in Butembo in North Kivu, roughly 300 close contacts of confirmed cases have been tracked.

Ndahindwa underlined the need for countries neighboring Guinea and the DRC, including Rwanda, Uganda, and Sudan to step up surveillance to contain eventual outbreaks beyond the two countries.

Uganda’s Ministry of Health said it strengthened surveillance along its border with the DRC and Sierra Leone activated its health emergency response system following the outbreak in Guinea.

In Ivory Coast, the Health Ministry urged the public to be vigilant while considering limiting the movement of people.

WHO Director-General Tedros Adhanom Ghebreyesus said outbreaks in Guinea and the DRC are completely unrelated.

He told reporters in Geneva that the WHO is working closely with health authorities in both countries to fight the virus.

Coronavirus continues to spread across globe