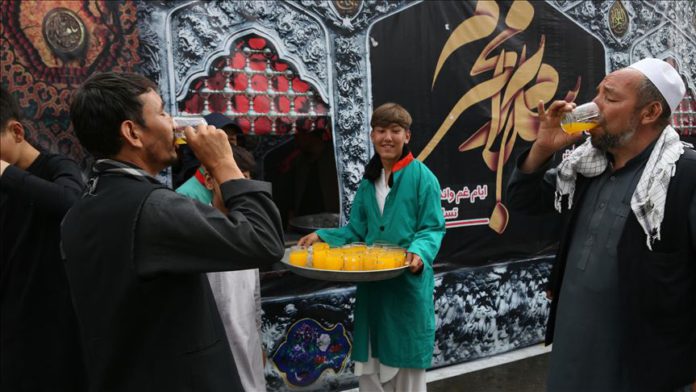 The launch of the direct talks for peace in Afghanistan has left many in this conflict-riddled nation caught between curiosity and cautious optimism.

Extraordinarily vigilant security was what many Afghans in the bustling capital of Kabul noticed as they began their work week Saturday. Thursdays and Fridays are weekends in Afghanistan.

The day talks began, Afghan President Mohammad Ashraf Ghani chaired a meeting of the Security High Command with the army and intelligence chiefs and other key officials. “Serious attention should be paid for the security of highways,” he said, according to a statement by his office. “The government’s stance for peace is clear […] the government is moving ahead towards lasting peace with a strong stance, wisdom, plan and will.”

A number of residents told Anadolu Agency their primary desire from talks in the Gulf is an immediate truce, before lengthy debates and wrangling about the future system of governance.

Hopes on the horizon

“We, by God, want nothing from them, from the Taliban and [Afghan government] officials,” Zabih Ullah, a native of the restive northern Jawzjan province who now runs a bakery in downtown Kabul, told Anadolu Agency. “Right now, we would survive on dried bread and water, but the war and fighting should stop.”

He would occasionally pause from looking at the iconic and traditional Afghani naan bread to gaze at the television in a corner of his shop that was streaming live the happenings at the talks in Doha, Qatar.

“Look at each of them, the Taliban and the [government] officials, they are wearing lavish and clean cloths and their children are living safe lives abroad. We poor people are getting killed every day,” he said, before adding: “God is great, I remain hopeful!”

A troubled prisoner swap delayed the landmark talks that commenced Saturday but were originally scheduled for March 10 in line with a US-Taliban peace deal. The deal envisioned freeing of 5,000 Taliban insurgents for the release of 1,000 Afghan security forces.

Alam Khan, a fruit vender in Kabul’s Saray-e-Shamali area, told Anadolu Agency that he was compelled to pay bribes and forced taxes to Taliban militants in addition to customs duties to the government for imports and exports through the country’s treacherous highways.

“For our goods such as bananas, oranges and mangoes that we import from Pakistan, we pay ‘passage money’ to the Taliban in Peshawar [Pakistan]. What can we do, we fear for our lives,” he said. “Peace for me would mean no more fighting, no more extortions and no more poverty.”

Figures by Afghanistan’s Independent Human Rights Commission (AIHRC) suggest that in the first six months of 2020, a total of 2,957 civilians have been killed or injured in 880 different security incidents — 1,213 killed, 1,744 injured — including in landmine blasts, aerial raids and ground offensives between rival parties to the conflict.

The head of the AIHRC, Shaharzad Akbar, took to Twitter to push the government and insurgents to endorse and ensure a process that engages all victims directly and represent concerns and aspirations of all Afghans.

“An initial indicator of success in the talks would be for the parties to identify what we as Afghans have in common in a set of guiding principles. This will build confidence among the negotiators on both sides. I hope that there will be agreement that the main outcomes of the peace process should durable peace in which all Afghans enjoy dignified lives and expansion of opportunities,” said Akbar.

A number of current and former world leaders in an open letter demanded Afghan women’s meaningful participation in the talks.

It said guaranteeing the preservation of equality, democracy and inclusivity would promote stability and help to protect future generations from the threat of extremism.

It also said that after 40 years of conflict, there may finally be an opportunity for peace and the international community had an obligation to assist with ensuring that the peace forged would be durable and this opportunity would not be squandered.

“Afghanistan, the region, and the world would all be safer as a result,” said the letter.