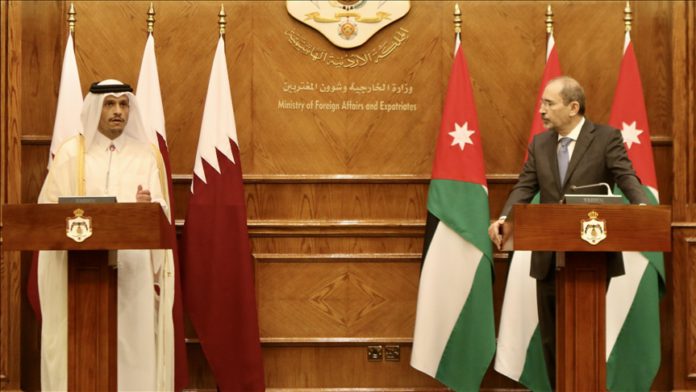 The two ministers told a press conference that their talks dwelt on bilateral relations, issues of mutual concern as well as the situation in war-torn Afghanistan.

“Qatar has played a political role in maintaining security in Afghanistan,” Safadi said, in reference to Qatar’s mediation between the Taliban and Washington.

The top Jordanian diplomat said the discussions also covered the Syrian and Libyan crises and the joint Arab action.

Safadi said Amman and Doha will continue their coordination to create a political horizon for the Palestinians and advance their economy.

Al Thani, for his part, said relations between Qatar and Jordan are “distinguished and based on solid foundations.”

The Taliban have taken over the country after capturing the capital Kabul on Sunday, and are in the process of establishing their government that had been removed after US-led foreign forces occupied the war-torn country in 2001.