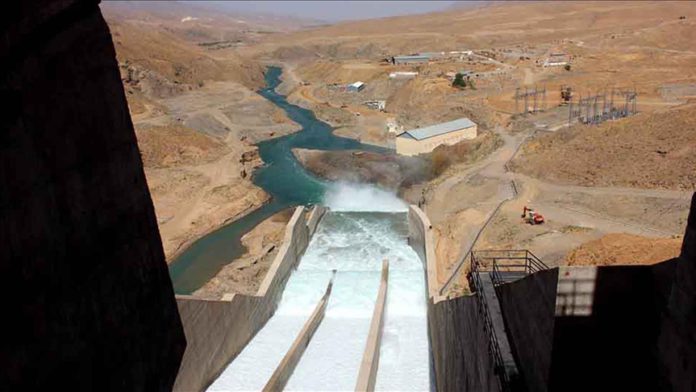 Afghanistan on Wednesday successfully tested water flow at a major dam in southwestern Nimroz province bordering Iran after nearly six decades of the inception of the mega project, officials said.

According to the country’s National Water Affairs Regulation Authority (NWARA), the Kamal Khan Dam would help irrigate close to 175,000 hectares (432,434 acres) of land besides generating up to nine megawatts of electricity.

NWARA Spokesman Nizam Khpalwak said on Wednesday it is hoped the dam would help irrigate vast swaths of land.

Located on the Helmand River in Chahar Burjak district of Nimroz province, the Kamal Khan Dam was first conceived in the 1960s. However, war hindered completion of the project until President Ashraf Ghani resumed work on it in 2017.

“With the construction of the Kamal Khan Dam, Nimroz will be converted to a cereal pit and will return to its glory days. Now Nimroz is directly connected to the Chabahar Port [Iran] which is expected to help the province grow economically,” Ghani had said back in 2019.

The final phase of Kamal Khan Dam is being built by an Afghan-Turkish company at an estimated cost of $78 million. It has a capacity to store over 50 million cubic meters water.