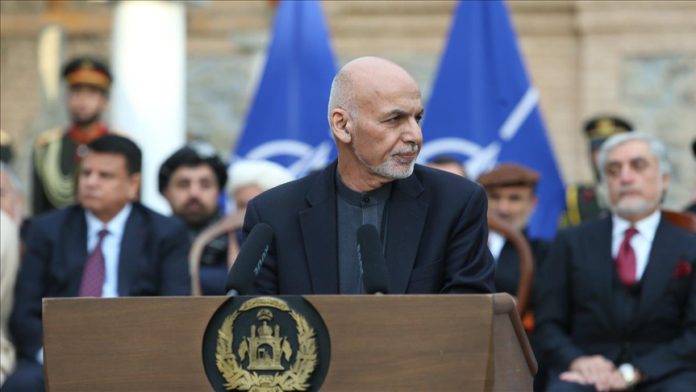 Afghanistan respects the US decision to withdraw troops and will work with American partners to ensure a smooth transition, President Mohammed Ashraf Ghani said after a telephone conversation with his American counterpart late on Wednesday.

Ghani said Afghanistan would work with the US and NATO partners in ongoing peace efforts.

“Afghanistan’s proud security and defense forces are fully capable of defending its people and country, which they have been doing all along, and for which the Afghan nation will forever remain grateful,” he said in a series of tweets.

US President Joe Biden ordered a full withdrawal of American troops from Afghanistan no later than Sept. 11.

An official, who spoke to reporters on condition of anonymity ahead of Biden’s announcement said the president is firm on bringing US forces to zero by the 20th anniversary of the Sept. 11, 2001, terrorist attacks.

“This is not conditions-based. The president has judged that a conditions-based approach, which has been the approach of the past two decades, is a recipe for staying in Afghanistan forever,” the official said. “He has reached the conclusion that the United States will complete its drawdown, will remove its forces from Afghanistan before Sept. 11.”

Following the announcement, the Taliban said it would not attend a forthcoming Istanbul conference until all foreign troops leave Afghanistan.

“Until all foreign forces completely withdraw from our homeland, the Islamic Emirate [Taliban] will not participate in any conference that shall make decisions about Afghanistan,” said spokesman Mohammad Naeem.

The much-anticipated conference in the Turkish metropolis has been scheduled for April 24.