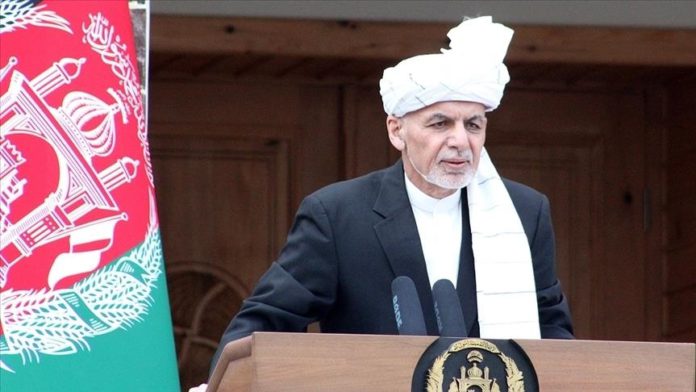 Afghanistan’s President Ashraf Ghani left the country on Sunday as the Taliban marched on the capital Kabul, officials confirmed.

Afghanistan’s Defense minister Gen. Bismillah Muhammadi has harshly criticized Ghani, saying: “They tied our hands behind our backs and sold the homeland, damn the rich man and his gang.”

In a fresh statement, the Taliban said the Kabul police have abandoned the district police stations and that they will enter the city to prevent chaos and ensure law and order.

Earlier, the Taliban had announced that they will stay on the doors of Kabul until talks continue with the Afghan president’s government.

After the back-to-back crumbling of a number of key provincial capitals in a day, the Taliban rallied their forces around all four corners of Kabul in the wee hours of Sunday igniting anxiety and panic in the country’s biggest city housing some six million inhabitants.

“Since the country’s capital is a very large city and densely populated, the Mujahedeen of the Islamic Emirate ( Taliban) do not intend to enter by force”, Zabiullah Mujahed, the group’s spokesman, had said in the previous statement.