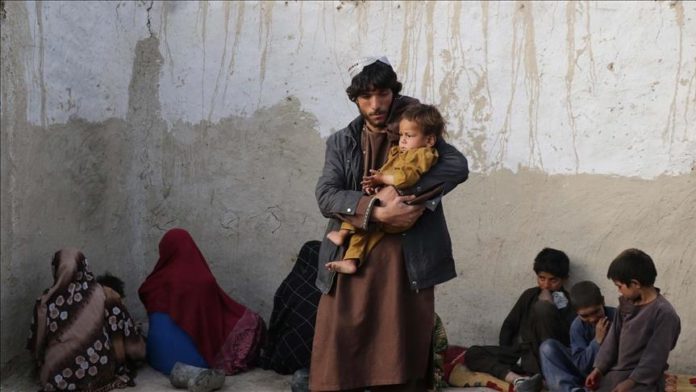 Afghanistan is on the brink of another humanitarian crisis as the escalating conflict increases human suffering with more than 3.5 million people internally displaced in the country, the UN Refugee Agency (UNHCR) said on Tuesday.

“If we look at the map of what Afghanistan is today, it’s really a scattered picture of nothing else, but displacement,” Baber Baloch, UN High Commission for Refugees spokesman, said at a UN media briefing in Geneva.

He said people are displaced near the capital Kabul, in the central highlands, the eastern region, in the northeast, the north, southeast, southern and western regions.

Intense fighting between Afghan forces and the Taliban continues amid the withdrawal of foreign troops from the country. US President Joe Biden has said that the US military mission in Afghanistan will conclude on Aug. 31.

“A failure to reach a peace agreement in Afghanistan and stem the current violence will lead to further displacement within the country, as well as to neighboring countries and beyond,” said Baloch.

According to UNHCR, Iran and Pakistan host nearly 90% of displaced Afghans – more than two million.

“In addition to ongoing fighting, displaced civilians have told UNHCR and partners of incidents of extortion by non-state armed groups and the presence of improvised explosive devices on major roads,” Baloch said.

Civilian casualties have risen 29% during the first quarter of this year compared to 2020. The UN Assistance Mission in Afghanistan said an increasing proportion of women and children were among those targeted.

“It’s very challenging for Afghans in general, but for Afghan women – look at the gains of last 20 years,” the UNHCR spokesman said.

Baloch recalled that when he went to Kabul in 2002 for the first time, he saw “images of children – boys and girls going to school.”

“That generation has almost graduated now. And for women who finally found the space to breathe in Afghanistan – they’re anxious, they’re worried, and probably they are angry as well. They want peace and stability,” he said.

He added that they don’t want to go back to an era of no freedom for them.

Estimates by the country’s National Statistics and Information Authority suggest that up to 63.7% of Afghans are under 25 years of age.​​​​​​​