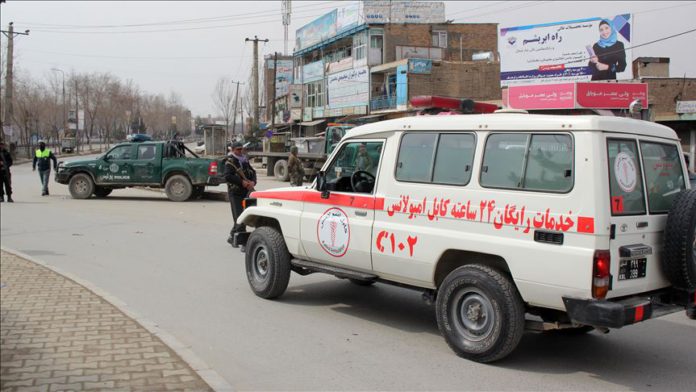 At least six civilians were killed in Afghanistan’s Ghazni province on Saturday following a landmine blast allegedly planted by the Taliban, an official confirmed.

The provincial governor’s spokesman, Waheedullah Jumazada, told Anadolu Agency that the incident took place in the otherwise safer Jaghato district on Saturday evening. He added that a minibus carrying civilian passengers hit the landmine planted by the Taliban, killing six people, including women and children, and injuring eight others.

Hours earlier, the country’s National Security Council (NSC) said that in the past week, the Taliban had killed 23 civilians and wounded 45 others in 16 provinces across the country. The Taliban have rejected these claims.

This violent bout of attacks on civilians can only further damage the already-shaken trust in the will of the Taliban, said NSC spokesman Javid Faisal in a statement.

The violence comes amid stalled peace efforts in the war-ravaged country, which top officials have said pose “serious challenges” to the peace process.