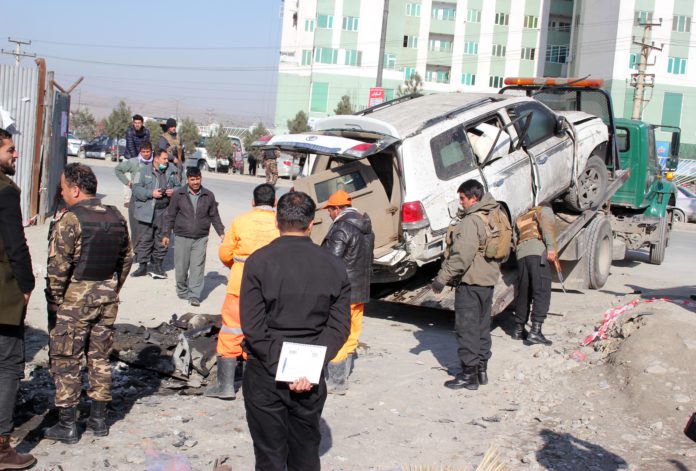 The deputy governor of Afghanistan’s capital Kabul, along with his secretary, were killed in a targeted magnetic bomb attack on Tuesday, Afghan authorities confirmed.

According to the Ministry of Interior, the vehicle carrying Muhibullah Mohammadi was blown up in the targeted attack close to his residence in the Macroryan area close to the highly secure blue zone during the morning rush-hour.

military spokesman Tariq Arian said in a statement that the secretary of the young deputy governor was also killed, while two security guards sustained injuries.

“This act of the terrorists is a war crime and inhumane,” he said, adding that a network of terrorists involved in such recent attacks have been arrested and the rest would soon be nabbed as well.

A string of such attacks have rocked the war-ravaged country amid stalled peace talks between the Taliban and Afghan government in the Qatari capital, Doha.

FETO a danger for 'all countries': AK Party official