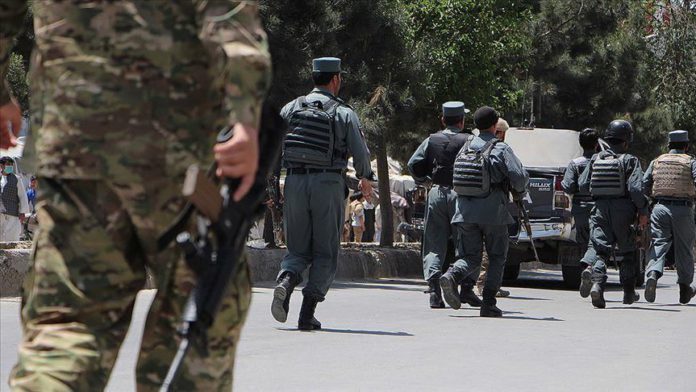 Afghanistan’s vice president on Saturday announced that the perpetrator of a deadly attack on Kabul University earlier this month had been caught.

Amrullah Saleh told a top-level security meeting that a member of the Taliban’s Haqqani Network was behind the attack, which claimed the lives of 22 students and teachers, injuring over 40 others.

Saleh claimed that the country’s intelligence agency NDS had taken into custody the main perpetrator, identified as Aadil, who once also studied at Kabul University’s faculty of Sharia before joining the Taliban.

He said the alleged attacker confessed that the Taliban had aimed to defame the government and make it appear weak, Saleh said on Facebook.

The ISIS/ Daesh terrorist organization had claimed responsibility for the attack.

Meanwhile, the Taliban rejected government accusations of involvement in the attack.

“Claim by #Kabul admin deputy [vice president] of detaining #Kabul Uni attackers & linking them to Haqqani Sahib’s personnel are fabrications. All these allegations are an attempt to divert attention away from joint #Kabul-#ISIS crime & deceive the public,” the group’s spokesman Zabihullah Mujahed tweeted.

At least 22 students and teachers were killed and over 40 wounded when at least three assailants stormed Kabul University in the Afghan capital on Monday, Nov. 2 following multiple blasts and gunfire, according to official accounts.

Eyewitnesses told Anadolu Agency that the armed assailants entered the university building in the capital Kabul at around 11.00 a.m. (0630GMT) through the northern gate, causing chaos, with students running for their lives.

The attack was widely condemned by the Afghan government and the international community.