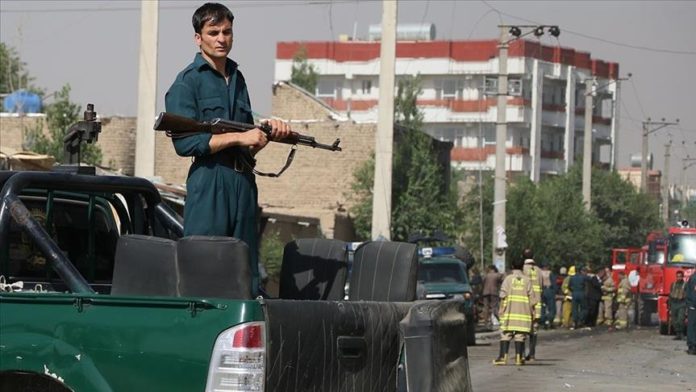 On Wednesday a local chapter of terrorist group Daesh/ISIS known as IS-K claimed responsibility for the assassination of three women journalists in Afghanistan.

IS-K, the so-called Khorasan branch of Daesh/ISIS, claimed on their website that they were behind the Tuesday slaying of Mursal Waheedi, Saadia Sadat, and Shahnaz Raufi in the eastern province of Nangarhar.

But Interior Minister Massoud Andarabi said despite the group’s claim of responsibility, a team has been sent from the capital Kabul to confirm who is behind the killings.

Nangarhar Governor Ziaul Haq Amarkhail said on Wednesday that an individual identified as Qari Baseer, allegedly linked to the Taliban, has been taken into custody in connection with the killings.

Eyewitnesses told Anadolu Agency that the shooting took place in downtown Jalalabad during the evening rush hour, when the journalists were returning to their homes after finishing their work with local Enekas Radio Television.

Although President Ashraf Ghani declared two years ago that Daesh/ISIS was “obliterated” in Afghanistan with hundreds of its fighters either killed or surrendering to security forces in Nangarhar, bordering Pakistan, the group continues to orchestrate and claim deadly attacks.

Before Tuesday, at least 11 human rights defenders and media workers were killed in targeted attacks in Afghanistan from Sept. 12, 2020, when intra-Afghan peace negotiations started in Doha, Qatar, through January 2021, said a UN report released last month.