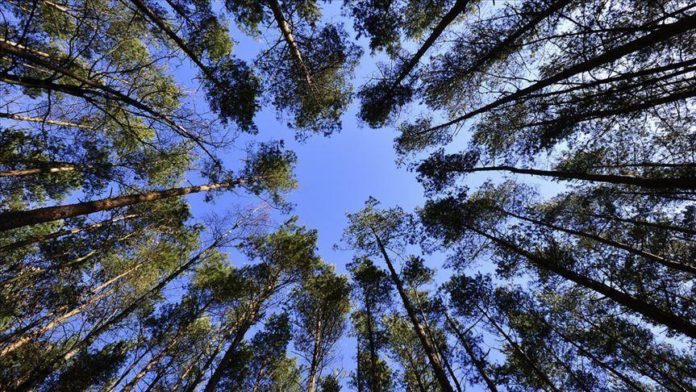 With a renewed devotion to the deep-rooted tradition of tree planting and preservative measures, Afghanistan is inching closer to reviving most of its lost forest cover.

In recent decades, the rages of war coupled with unchecked timber mafia ruthlessly chopping down trees, have destroyed vast swaths of jungles in the mountainous country almost to the brink of extinction.

“Alhamdulillah [“Praise be to God”] we have now almost reached back to the level of nationwide forest cover that we once had over four decades ago before the conflict and massive destruction,” Jalaluddin Nasiri, director of forests at the National Environment Protection Agency (NEPA), told Anadolu Agency.

​​​​​​​Historically, thick pine forests in the eastern provinces of Paktia, Paktika, Khost, Kunar and Nuristan, and dense pistachio forests in the western Badghes province and its surroundings were the hallmarks of Afghanistan’s geographical diversity.

Over the years, however, the forest kept depleting.

A Post-conflict Environmental Assessment report by the UN Environment Program indicated that in the eastern region, where most of the vegetation occurs, 50-80% of the woodlands were deforested from 1977 to 2002.

An identical report by the US Aid for International Development (USAID) in 2004 suggested that wild pistachio woodlands declined rapidly in the past 30 years, from 40 to 100 trees per hectare to the current estimate of 20 to 40 trees per hectare, primarily due to trees cutting, overgrazing and uncontrolled harvesting.

Nasiria said all has very much been reversed through concentrated efforts.

He oversees a mass planting drive under which Afghanistan would plant at least 25 million more trees this spring and encourage and promote the deep-rooted culture of gardening and farming through various initiatives and incentives.

The new planting drive would go parallel with the thousands of tree saplings’ stalls emerging across towns and villages this week where residents go and buy for their private gardens, backyards and porches as a customary spring ritual.

‘A tree for yourself, a tree for homeland’

With the arrival of spring, NEPA teams together with experts at the Agriculture Ministry have been dispatching saplings and seeds to all 34 provinces.

Mass tree plantation gatherings are no less than exuberant festivals with traditional Attan dances performed to thumbing beats of the drum.

People get invited by provincial authorities to a selective spot under the banner of “A tree for yourself, a tree for the homeland.”

Municipalities across the country, including the capital of Kabul, have already designated thousands of spots for countryside farmers and gardeners to bring their crafts and products to city dwellers.

Along the Kabul River, Hujat Ullah, a Parwan province gardener, had his neatly decorated stall with an array of local and imported flower varieties spreading a mesmerizing aroma. He offers tall and beautiful saplings of mainly fruit trees and grapes on an affordable price, ranging from AFN 50 to 1,000 ($0.60 to 12.5).

“There are many people who dearly pursue the hobby of gardening here and every year we see more new enthusiasts who buy saplings and ask for tips to nurture them,” he said.

Syed Pacha, a Kabul-based environment enthusiast, vividly recalled when he and his Kabul University friends would go on days-long hiking trips to forests in the east during the late 1970s.

“It were such lovely times, we would camp in the forests without any fear and enjoy the beauty of nature,” said Pacha, who is part of a community-based initiative to further forest cover by not only safeguarding existing jungles but establishing more, particularly on many hills in and around urban areas.

“It is a win-win scenario both for the people and the government. Besides providing clean air, there are a bunch of income opportunities in these forests such as farming of various herbs, fruits and honeybees,” said Pacha, who holds a master’s degree in agriculture.

New estimates by NEPA suggest up to 3% of Afghanistan, which was once covered with forests before the destruction in the late 1980s has turned lush green again.

As part of their longstanding commitment, Pacha and a group of like-minded individuals recently took matters into their own hands and managed to turn a barren hill in Laghman province into an orchard.

“This proved if the timber mafia is not allowed to destroy forests and reforestation is encouraged, the soil is fertile to bear fruit,” he said, metaphorically referring to available avenues to improve forest cover in Afghanistan.