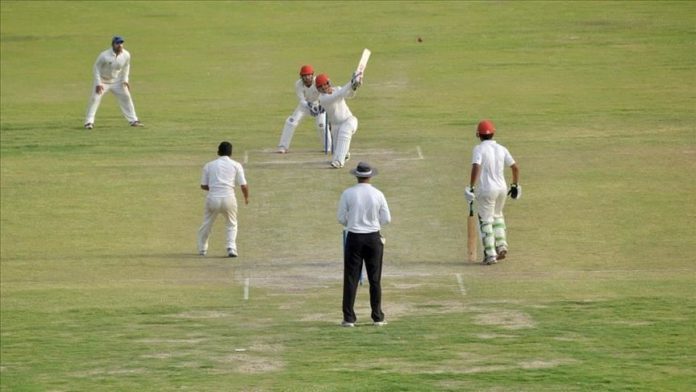 Afghanistan’s domestic cricket league Shpageeza concluded in the capital Kabul on Wednesday with thousands of spectators gathered for the thrilling final match.

The Kabul Eagles emerged victorious over Mis-e-Aynak Knights by defending a humble target of 140.

Batting first, the Eagles only managed to score 139 in the given 20 overs against a seasoned bowling line-up of the Knights. Chasing the target, the Knights could not capitalize on a couple of descent partnerships at the early phase of their innings. The whole team got out with only 130 on board and two balls to go in the final over.

The Alokozay Kabul International Cricket Stadium with a capacity of 6,000 was packed for the final, according to the state-broadcaster RTA with women given free entry.

Participating teams of this seventh edition of the Shpageeza Cricket League were hosted by President Mohammad Ashraf Ghani at the palace. “You are our pride and future! You have brought happiness to the people,” Ghani told the sportsmen.

The event marked life returning to normal after five months of partial lockdown announced by the government amid the coronavirus pandemic.

A survey by the country’s Health Ministry said last month at least 10 million Afghans i.e. 31.5% of the whole population in the war-ravaged country have been infected with COVID-19. Health officials have warned of a second wave of the virus if safety measures are not followed.