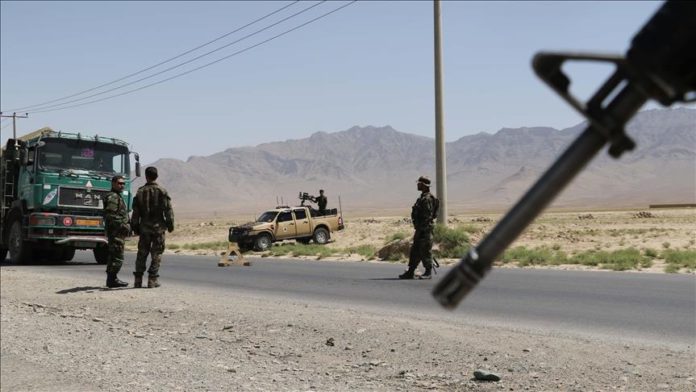 The Afghan government on Thursday deployed special forces of the army to push back the advancing Taliban from the Badghes province bordering Turkmenistan as the Taliban overran two more districts amid ensuing violence across Afghanistan.

A day after the Taliban stormed Qala-i-Nau, the provincial capital of western Badghes province, the Defense Ministry said commandoes reached the spot to push back the Taliban. The clearance operations by the security forces have gained momentum with the arrival of the commandos, it said, adding the city would “soon” be cleared of the Taliban.

According to the ministry, 69 insurgents have been killed and 23 wounded in Badghes operation by Thursday. It further said 107 more Taliban were killed and 58 others wounded in counter-terrorism operations in the past 24 hours in other parts of the country.

The advancing Taliban on Wednesday entered Qala-e-Nau, making it the first provincial capital to fall in the war-ravaged country after the US withdrawal.

According to the local daily Etilat Roz, a number of local security officials along with some 100 security forces surrendered to the Taliban in the night before the Taliban stormed Qala-e-Nau, which proved devastating for the forces defending the provincial capital.

The pro-Taliban social media accounts shared visuals of the convoys of armed Taliban marching on the city.

Amid the advances, the group’s spokesman Zabihullah Mujahed on Thursday claimed overrunning the key Shahr-e-Safa district on the main Kabul-Kandahar highway as well as Zindajan district in Herat province bordering Iran.

Since US President Joe Biden announced an exit plan from Afghanistan in May, the marching Taliban have captured over 100 districts, while the Afghan forces claim killing close to 200 insurgents in counter-terrorism offensives on a daily basis.

‘Cancer patients must be priority for COVID-19 vaccine’