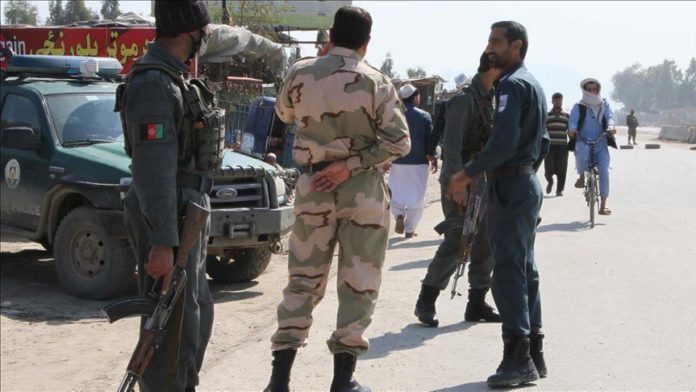 Afghan special forces on Wednesday claimed to have busted a network of Daesh/ISIS operatives in the capital Kabul involved in high-profile attacks.

According to the National Directorate of Security, the Afghan secret service, its special forces conducted two coordinated operations to bust the terror network.

The Daesh/ISIS operatives were conducting terror activities in liaison with the Haqqani network, a Taliban offshoot, it added.

The directorate said five militants were killed and eight others taken into custody during the operation. A large cache of arms was also seized.

“This joint network carried out rocket attacks on the presidential palace during the swearing-in ceremony, rampaged through a place of worship for Sikhs in the Afghan capital, and attacked the anniversary ceremony for the death of Abdul Ali Mazari, and Bagram Airbase,” it said, detailing a series of recent high-profile attacks in the country.

Last month, the Afghan intelligence agency announced the arrest of Abdullah Orakzai, also known as Aslam Farooqi, a Pakistani-origin suspected head of Daesh/ISIS in the region. He is wanted for a number of terrorist attacks in Afghanistan.

His arrest came days after the group claimed responsibility for killing 25 worshippers in a Sikh house of worship, known as a Gurdwara.

Last November, President Ashraf Ghani declared that Daesh/ISIS had been “obliterated” in Afghanistan, with hundreds of its fighters surrendering to security forces in the east of the country bordering Pakistan.

The development comes as the war-ravaged country also battles the coronavirus pandemic, which is on an upward trajectory.

Afghan health authorities confirmed a further 168 COVID-19 cases, taking the total to 3,392. The capital remained on top with five cases.

Wahid Majroh, deputy minister for public health, told a press conference that 13,777 tests had been conducted nationwide thus far. Some 458 people have recovered while 104 died after contracting the virus, he added.

The virus entered Afghanistan through its western border with Iran when thousands of refugees started returning, voluntarily or otherwise, with evident symptoms of the disease.

Recently, thousands more have come back from the country’s eastern neighbor Pakistan, often without health checks or other safety measures.