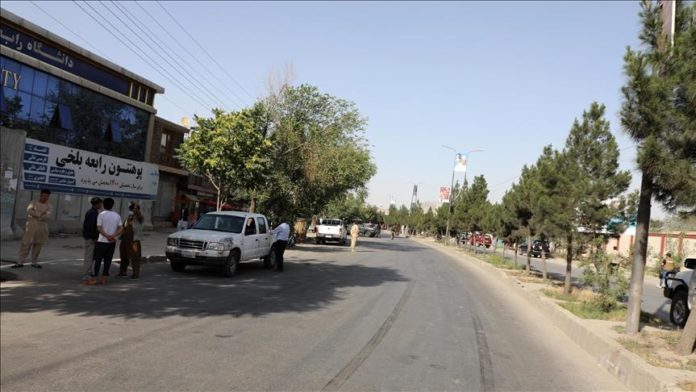 In a bid to curb mounting terrorist attacks, the Afghan government on Monday banned motorcycle riding in the capital Kabul.

Urging residents in the city of nearly six million to cooperate with police, the Interior Ministry said in a statement that this temporary measure was necessary to curb terrorism amid ongoing security threats.

The city has been witnessing a string of magnetic bomb assaults, as well as — reportedly motorcycle-mounted — attackers blowing up power transmission towers.

A deadly spiral of violence has gripped Afghanistan since the announcement of the planned September 2021 exit date for US troops declared by President Joe Biden, leading to mounting casualties on all sides.

On the war front, over 100 Taliban insurgents were reportedly killed, with control of five districts exchanged between the government and the group in the past 24 hours.

According to the Defense Ministry, 160 Taliban were killed and many more wounded in ongoing counter-terrorism offensives in different provinces.

For the Taliban, spokesman Zabihullah Mujahed on Monday denied allegations by US Ambassador Ross Wilson that insurgents were torching hundreds of shops in the restive northern Faryab province during an assault last week. “IEA (Islamic Emirate of Taliban) considers safeguarding its soil, homeland & people its obligation,” the group said in a statement.​​​​​​​

Opposition in Burkina Faso to hold rallies against rising violence