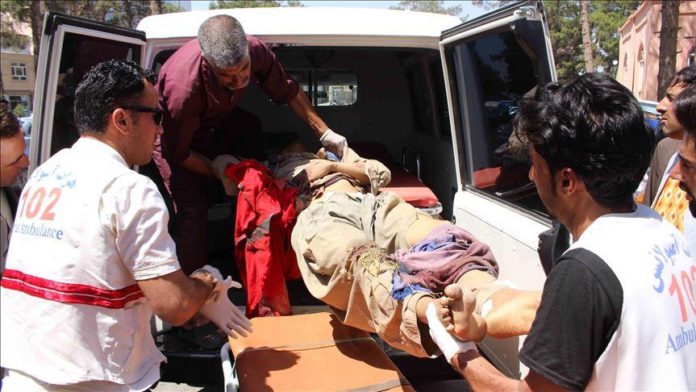 The most conservative estimates by local and international rights group suggest that close to 47,600 civilians have been killed and more than double that number injured in Afghanistan during the 20 years of war since the US invasion.

As the US prepares to leave the war-ravaged country just before the 20th anniversary of the 9/11 attacks in September, an array of Afghans remain insecure and frightened due to internal rival factions and hostile regional powers just as they were before the UN-authorized invasion in 2001.

Previously, the country had lost at least 1.5 million people as a direct result of a conflict, with a further 2 million permanently disabled after the Soviet invasion (1979 and 1989). Though the number of deaths reduced after the Soviet Union’s withdrawal in 1989, it did not end.

When the US and the UK launched Operation Enduring Freedom in October 2001, which was later joined by NATO allies, there was no mechanism in place for a number of initial years to document the losses sustained by civilians in Afghanistan. The most reliable estimates came almost a decade later when the UN as well as an array of local rights groups began compiling data.

The Watson Institute of International and Public Affairs at Brown University in the US later documented the earlier figures from 2001.

According to its estimates, at least 2,375 civilians were killed in the first year of the invasion in 2001, as the Northern Alliance of mainly anti-Taliban groups in Afghanistan began taking back control of the country with the support of US air power and ground offensives.

Head of Afghanistan Peace and Human Rights Organization Nizamuddin Katawazi told Anadolu Agency that the civilian casualties remained relatively low in the following years, until the late 2010s, because there was minimal resistance from the Taliban as the group retreated.

“The Taliban gradually vacated positions in northern Afghanistan and across the country, putting little resistance in populated urban centers,” he said, adding that it was a time when a peaceful political settlement in Afghanistan was lost.

This meant that 13,703 Afghan civilians were killed in the first decade of the war, with reports suggesting that the number of injured is at least double that.

As per the perpetrators, since the Taliban regime was dismantled and the group had not regained the momentum of insurgency, many of the civilian casualties were attributed to the foreign and local anti-Taliban forces.

Latest among the UNAMA’s series of reports in this regard was issued last week, noting that “extraordinary levels” of harm was inflicted on civilians in Afghanistan in first three months of 2021, with 573 killed and 1,210 injured – a 29% increase as compared with the same period last year.

The “Afghanistan Protection of Civilians in Armed Conflict 2021 First Quarter Report” by the UNAMA expressed particular concerns over the 37% increase in the number of women killed and injured, and a 23% increase in child casualties, when compared to the first quarter of 2020.

UNAMA date also depict an upward trend in civilian casualties, with a slight drop in 2020 when the US and Taliban inked Doha Agreement paving the way for foreign troops to leave Afghanistan.

As per the perpetrators, with the Taliban-led insurgency gaining momentum in this decade, the group was held responsible for most of these casualties.

“The civilians were killed in sticky and roadside bomb blasts and armed attacks in Farah, Parwan, Nangarhar and Kandahar provinces,” he said, adding that the dead included four women and eight children.

The rights group said in a statement that the attackers were mainly Taliban. The commission has called for an immediate cease-fire and a negotiated solution to the conflict.​​​​​​​​​​​​​​

US: Republican representative-elect dies of COVID-19