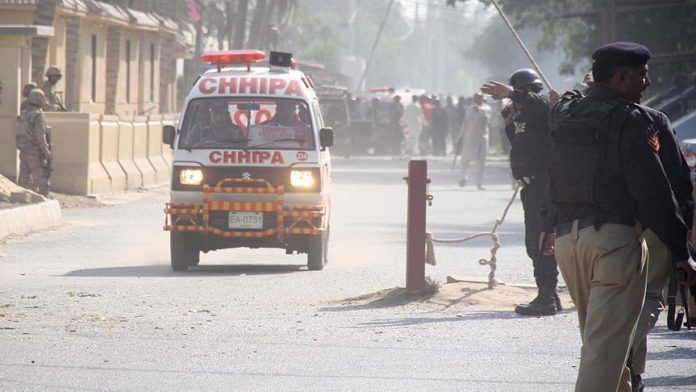 Amrullah Saleh, who is a former intelligence chief, said in a statement that no foreign nationals, but a group of terrorists involved in string of bomb blasts, abductions and killings has been busted in the Kher Khana neighborhood of the capital.

Earlier this week, the Hindustan Times newspaper reported that 10 alleged Chinese citizens were detained by the National Directorate of Security on the charges of espionage and running a terror cell.

They are “believed to be linked to China’s spy agency, Ministry of State Security,” it said, claiming that “this was the first time in years that Chinese nationals have been caught spying in Afghanistan where the country was looking at rapidly expanding its influence even as the US  withdraws its troops.”

Sharing details of the daily security meeting, Saleh said on his Facebook page that the Taliban are involved in targeted killings.

“It is part of the 11-point Taliban plan, which aims to weaken the will of the people in defense of democratic values. Of course, this campaign of terror and ignorance will not bring strategic achievement to the Taliban,” he said.

Intra-Afghan talks to end the 19-year-long conflict in Afghanistan began in September in Doha, Qatar. This came after a landmark peace deal between the US and the Taliban that calls for the withdrawal of all foreign troops from the war-torn country.

On Dec. 2, however, the two sides, after exchanging preliminary lists of agenda items for the negotiations, took a break until the first week of January.

Despite the peace talks, violence has risen, with a recent uptick in attacks on journalists, activists, as well as officials.

Afghanistan looks to China as peacemaker