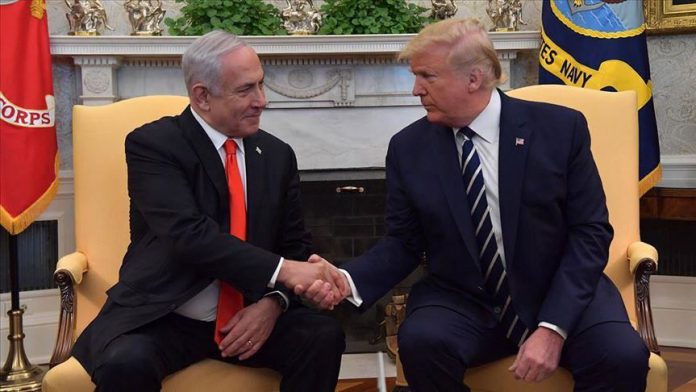 The Afghan Taliban condemned Wednesday the so-called “Deal of the Century” floated by U.S. President Donald Trump for Palestinian and Israeli peace as a clear violation of Palestinian rights.

“President Donald Trump announced a ‘Deal of the Century’ outlining a peace plan for the issue of Palestine in which eastern Bait al Maqdis [Al-Aqsa Mosque], the Jordan valley and the large usurped lands of Palestine, including the illegal Israeli settlements, were to become a part of Israel,” said spokesman Zabihullah Mujahid.

The group, which is fighting U.S. forces in Afghanistan, is currently engaged with top American envoy Zalmay