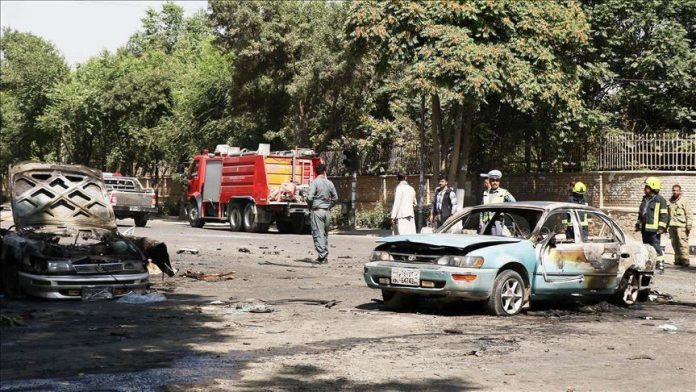 Hundreds of Afghans took to the streets on Sunday in northern Balkh province against the alleged killing of at least six members of a family in an air raid.

The protesters said the air raid hit a residential home in the Balkh district of the province Saturday evening, killing six members of a single family.

According to the demonstrators, three women and as many children were among those killed in the raid that was conducted during the ongoing security operation.

Haneef Rezaey, a spokesman for the Afghan National Army in the province, told Anadolu Agency an operation against