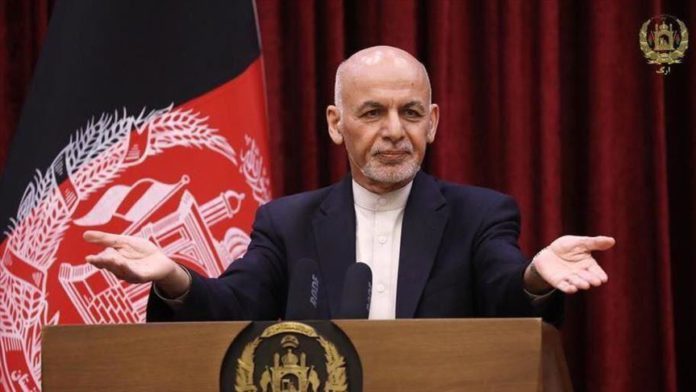 The Afghan president landed in Doha, Qatar, on Monday where crucial intra-Afghan talks between the Kabul government representatives and the Taliban are underway, an official confirmed.

“We highly appreciate your coming personally and be with us in our sad days, and hope to have you in our happy days too,” he quoted the prime minister of Kuwait as saying.

Later in the day, the Afghan leader would visit Doha where he is set to meet Sheikh Tamim bin Hamad al-Thani, emir of Qatar; Sheikh Khalid bin Khalifa bin Abdul Aziz al-Thani, the prime minister of Qatar, and a number of other senior officials to discuss the Afghanistan-Qatar bilateral relations and mutual cooperation in various areas.

Dawa Khan Meenapal, another spokesman of the Afghan leader, told Anadolu Agency on Monday no meeting is scheduled between Ghani and the Taliban leaders based in Doha.

“The President would only meet peace delegates representing the Government of Islamic Republic of Afghanistan,” he said.

According to the official statement, during the visit, Ghani is also scheduled to address a gathering of Qatar’s prominent diplomats, academics and students at Doha Institute.

Ghani’s visit comes as representatives of the Afghan government and the Taliban continue to engage in agenda-setting talks for the landmark intra-Afghan talks in Doha since Sept. 12.

According to the local Salam Afghanistan radio, the two negotiating teams are faced with a deadlock in talks, and a number of foreign mediators are trying to end the stalemate.

“Both sides discussed in detail the issues of the intra-Afghan talks and the current situation in the country [Afghanistan],” he tweeted in Pashto, Dari and Arabic languages.

Last week, the US special representative for Afghanistan Zalmay Khalilzad also met with the Taliban leadership in Doha.

US 'should do everything possible' to extradite Gulen to Turkey: Expert