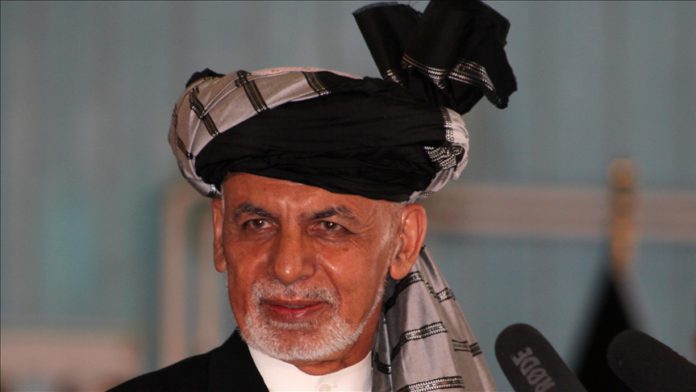 Afghanistan’s president on Saturday urged the Taliban to learn lessons from Syria, Iraq, and Yemen and shun violence to join the peace process.

Mohammad Ashraf Ghani was addressing a public gathering in the eastern Khost province after inaugurating the country’s fifth international airport, built at an estimated cost of $20 million.

“Instead of eventually sitting (for talks) tomorrow, why not sit and talk today? Lessons must be learnt from Syria, Yemen, Iraq, Algeria, and Lebanon,” he said.

“If you (Taliban) choose to fight, then all the responsibility would be on your shoulders,” the president added, blaming the Taliban for the upsurge in violence amid the exit of foreign troops from Afghanistan.

Afghan forces, on the other hand, have claimed to kill around 200 insurgents in counterterrorism offensives on a daily basis.

The Taliban, meanwhile, claimed to have captured two more districts and a strategically important point in the northern Parwan province.

In a statement, the group also reiterated its commitment for a political solution to the conflict that would lead to the formation of a “true Islamic system” in Afghanistan.

Taliban representatives were in Tehran on Thursday for an intra-Afghan conference and then flew to Moscow for a meeting with Russian officials on Friday.