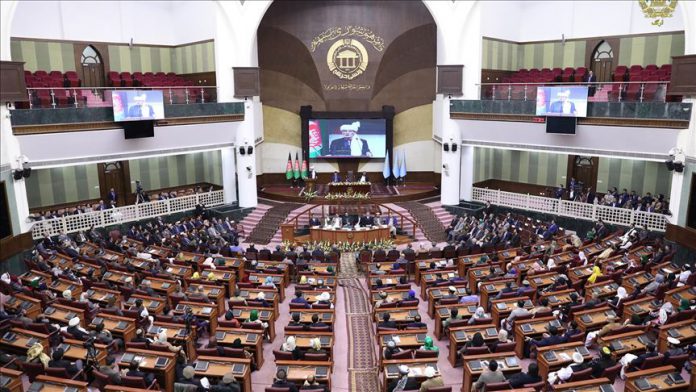 The oath-taking ceremony for Ghani at the Arg palace — the presidency, was scheduled for early morning around 9.00 a.m. (0430GMT), but it was postponed for undeclared reasons.

“The oath-taking ceremony would take place in the afternoon,” the president’s spokesman, Sediq Seddiqi tweeted.

At a distance of few meters, Ghani’s electoral rival and power-sharing Chief Executive Abdullah had hundreds of chairs arranged in the lawns of his