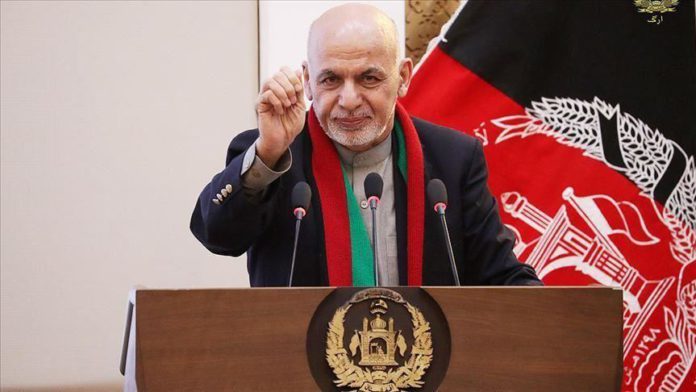 Sediq Sediqqi, the president’s spokesman said that Ghani conveyed his gratitude to the emir of Qatar for the gracious hospitality extended to the Afghan government negotiating team, which is talking to the Taliban in Doha.

“We hope our joint efforts will help Afghanistan find peace and stability, “he quoted Amir al Thani as saying.

During his trip to the Gulf region, the Afghan president first visited Kuwait to pay homage to the departed Amir of Kuwait Sheikh Sabah al-Ahmad al-Jaber al-Sabah.

Later, he landed in Doha on Monday to discuss with Qatari leadership the efforts for deepening Afghanistan-Qatar bilateral relations and cooperation in various areas.

Qatar has been hosting the Taliban’s political office since 2013.

“There are two main objectives of the trip [to Doha] to advance the peace process and expand bilateral cooperation with Qatar”, he said.

Acknowledged differences between the Kabul government and the Taliban over at least two points in the ongoing intra-Afghan negotiations, he urged the Taliban to reduce “unacceptably high level of violence” in the war-torn country.

The Taliban and the Afghan government delegations in the Qatari capital Doha are yet to finalize the agenda for the landmark direct talks since the talks began on Sept. 12.