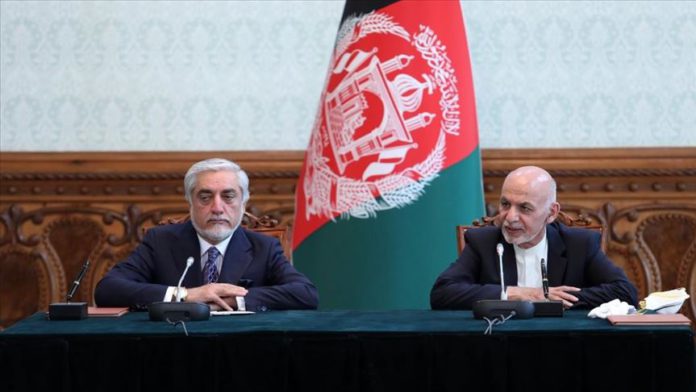 Sediq Sediqqi, a spokesman for the presidency, confirmed the major political development in a tweet.

“The Political Agreement between President (Mohammad Ashraf) Ghani and Dr. Abdullah Abdullah has just been signed. Dr. Abdullah will lead the National Reconciliation High Council and members of his (electoral) team will be included in the cabinet,” he said.

Abdullah had disputed the results of the Sept. 2019 presidential polls, leading to parallel oaths for the top position by both the leaders.

While more details are awaited, state broadcaster RTA said the position of Abdullah, who will now spearhead the peace process with the Taliban to end the 19-year Afghan war, will be equal to a vice president.

It is said that a deal between Ghani and Abdullah was crucial to the peace process marred by continuing violence in the war-ravaged country.

Earlier this month, a local transparency watchdog, the Integrity Watch, expressed concerns over the recent talks between the government and different political groups to reach a deal including the distribution of the justice, regulatory, and oversight institutions as part of a potential agreement.

The civil society warned against any attempt to further politicize these institutions supposed to be independent of political interference.