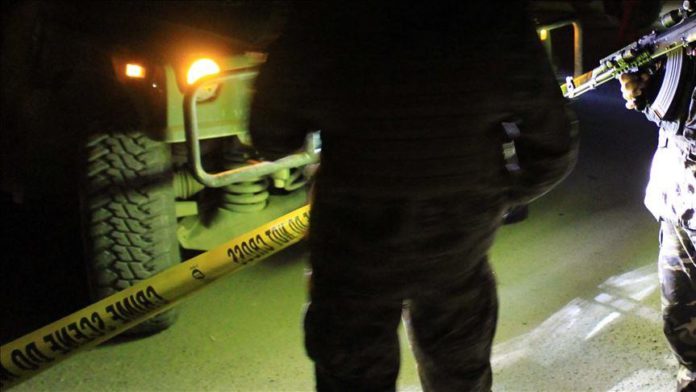 The Afghan Interior Ministry on Monday sacked a regional police chief over the killing of at least 11 civilians during a protest.

The Jan. 29 shooting in the remote Behsud district of the central Maidan Wardag province had enraged the country’s ethnic Shiite Hazara minority, prompting authorities to launch an investigation.

Sharing details of the fact-finding commission, the ministry said in a statement that the protesters were unarmed when the deadly clash broke out.

It had earlier reported that armed men associated with local commander Abdul Ghani Alipur had obstructed the appointment of a new district police chief and had been involved in clashes with security forces that caused the killings.

Alipur was arrested two years ago for alleged abuses of ethnic Pashtuns in the province, but was later freed when he said he would cooperate with the government.

The ministry said the provincial police chief Allah Dad Fedaey has also been referred to the Attorney General’s Office for further legal action. It also promised treatment for the injured individuals at a dedicated health center for security forces in the area.

Members of the Shiite Hazara community accused the government of inaction over the Behsud shooting. Mehdi Rasikh, a member of the lower house (Wolesi Jirga) in the province, told the House on Monday that the government is trying to politicize the issue. He claimed that at least 42 civilians were wounded and killed two weeks ago during the clashes.

In a report earlier this month, the country’s Independent Human Rights Commission said as many as 2,958 civilians were killed and 5,542 injured in 2020.