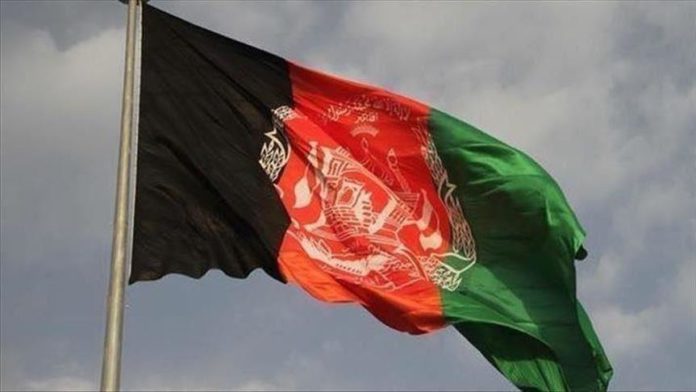 Cracks have emerged in the Afghan government’s negotiating team for proposed peace talks with the Taliban, just a day after the country’s president issued a decree finalizing 48 names for the key discussions.

Abdullah’s office said as per the political agreement between the two men, which helped resolve a months-long electoral dispute, the formation of the council for talks with the Taliban and appointment of its members was one of the powers granted to the chairman and “does not require the decree of the esteemed president.”

“The composition of the council should be national, comprehensive and inclusive, and Sapedar [Abdullah’s office] had started consultations with various political leaders and civil activists to finalize it,” it said.

Just a day earlier, former president Hamid Karzai excused himself from being appointed to the official negotiating team for talks with the Taliban.

“The former president of Afghanistan Hamid Karzai considers the effort for peace as the national aspiration of all the people of Afghanistan. The former president will continue his effort for peace as a citizen and will use his full power to reach this national purpose but will not participate in a ‘government formation’ of any sort,” his office said in a brief statement.

Rabbani and Hekmatyar also expressed their reservations over the structure and the way the council members have been selected.

The delegation tasked by the Afghan government with talks with the Taliban is led by Abdullah.

Commenting on the political differences among the so-called “republican camp” of former and current Afghan officials, Kabul-based political analyst Anwar Minzay said that many in the Ghani administration believe politicians around Karzai are seeking to unite against the president, and establish a sort of interim government in the wake of peace talks.

“Ghani is determined to establish the writ of his government in the wake of this ‘conspiracy’ as well as the Taliban-led insurgency,” he told Anadolu Agency.

Professor Akram Arifi, a Kabul-based political analyst, said the Afghan president’s lack of confidence and mistrust towards the key political elite is at play behind the current political crisis.

“I must say that the president, right from the day he secured power, was not on the same page with the political elite and influential figures in the country,” he told Anadolu Agency.

Amid the stalled peace talks, the Taliban and Afghan security forces continue to engage in deadly fighting, with both sides claiming to have inflicted a heavy toll on the opposite side.

According to figures by the Afghanistan Independent Human Rights Commission, at least 1,213 civilians were killed and another 1,744 injured in 880 incidents such as landmine blasts, aerial raids and ground offensives in the first six months of 2020.

It took the fragile yet rejuvenated peace parley six months to reach this stage after a landmark deal between Washington and the insurgents to end nearly 19 years of war in Afghanistan. The agreement had envisioned the intra-Afghan talks within weeks.

Meanwhile, the US National Security Adviser Robert O’Brien urged the Afghan government not to delay the proposed peace talks.

“NSA O’Brien had a great phone call with President @ashrafghani [Ashraf Ghani] today to discuss the need for intra-Afghan talks to start without delay. Reiterated U.S. support for a sovereign, democratic, and unified #Afghanistan that never again serves as a source of international terrorism,” said the US National Security Council’s twitter handle.

The troubled peace bid also hinges on a sluggish prisoner exchange, which has prevented the Taliban from joining the talks.

However, Abdullah, last Thursday, a day after his phone conversation with Pakistani Prime Minister Imran Khan, said the dialogue will begin next week.

“People are hopeful for peace. People are ready for tough decisions for peace, but (they) also have concerns,” Abdullah said, addressing the Institute of War and Peace Studies in the Afghan capital Kabul.

Meanwhile, Taliban’s top peace negotiator, Sher Mohammad Abbas Stanekzai, has announced that the group has formed a 21-member team for the proposed talks in the Qatari capital of Doha under his leadership.

These developments came on the heels of a visit by a Taliban delegation led by their deputy chief, Mullah Abdul Ghani Baradar, to Pakistan last week.

In a statement, the group’s spokesman, Zabihullah Mujahid, said the talks in Islamabad were about establishing peace and security in Afghanistan and the region, and intra-Afghan negotiations.

“Similarly, both sides stressed the importance of building trust and good relations between the two countries,” it said.