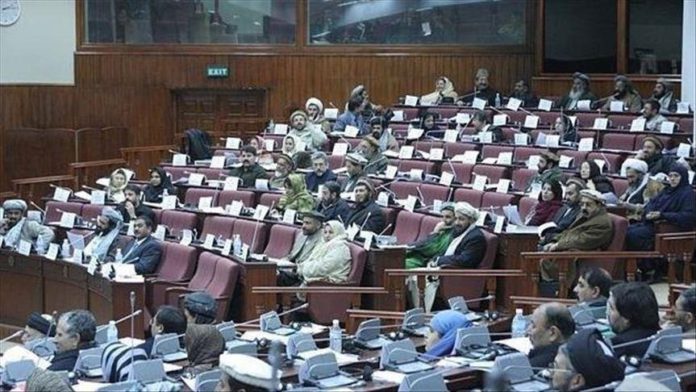 The Afghan parliament Monday called for robust monitoring and proper regulation of the recently formed anti-Taliban militias across the country.

As militia formation gains momentum in various restive corners of the war-ravaged country, members of the Wolesi Jirga (lower house) underlined the need for proper monitoring and adherence to rules and regulations.

Taking part in a heated debate on the issue, Mohammad Rahim, a member of the house, reiterated that the Defense Ministry should regulate these forces before they get into action. “They should be given weapons and facilities from within the framework of the National Directorate of Security and the Ministry of National Defense and they should be regulated so that the concerns are addressed.”

Concluding the debate, speaker of the house, Mir Rehman Rehmani, asked the security leadership of the country to bring these forces under the umbrella of the security institutions.

Last week, the new hawkish interior minister, Abdul Sattar, announced a local force of up to 30,000 armed men would be trained to take on the advancing Taliban in districts across the country.

Separately, Abdullah Abdullah, the country’s top peace broker and chairman of the High Council for National Reconciliation, last week blamed the Taliban for the stalled peace process in the Qatari capital Doha.

“Dialogue is the best solution, but the results of the dialogue so far show that the Taliban have no intention of reaching a political solution. They (Taliban) are stubbornly pursuing delays in peace talks and have showed no commitment to advancing the talks,” he said.

To push back the Taliban, the Afghan government turned to the local armed militias at grassroots levels with tainted past of rights abuses.