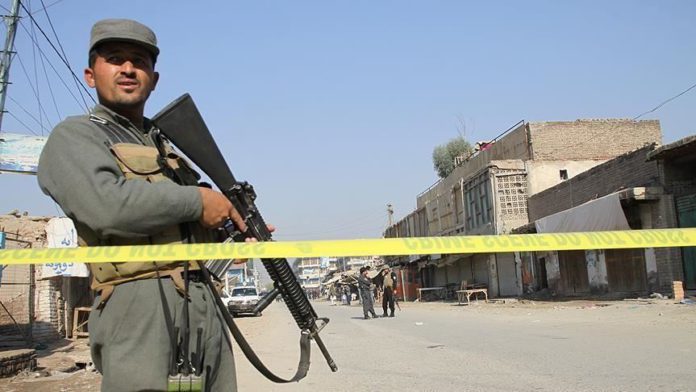 A deadly blast in southwestern Afghanistan killed a journalist associated with the Prague-based Radio Liberty, officials confirmed on Thursday.

According to local authorities in the restive Helmand province, the incident took place in District 1 of provincial capital Lashkargah in the morning hours, killing Mohammad Elyas Dayee and injuring his brother.

A statement issued by the governor’s office said an improvised explosive device had been placed under Dayee’s car.

The attack was widely condemned by the Afghan government, as well as journalists, rights groups, and representatives of the international community in the capital Kabul. The head of Radio Liberty in Afghanistan, Sami Mehdi, described the killing as a terrorist attack.

“He [Dayee] was a gentleman. Always had a signature smile. This is terrible news. Elyas, you will be remembered dearly,” Mehdi said in a tweet.

Meanwhile, the head of the journalists’ association in Helmand, Zainullah Stanikzai, told Anadolu Agency that the Dayee’s killing raised fears among other news reporters in the region.

“This incident must not go unnoticed and the perpetrators must be brought to justice so that the people’s right to access information and free press does not get undermined,” he said.

A string of identical attacks has recently rocked the war-ravaged country amid stalled peace talks between the Afghan government and Taliban insurgents in the Qatari capital, Doha.

Last week, a prominent Afghan journalist and two employees of the country’s Central Bank lost their lives in a similar bomb blast in Kabul.

None have so far claimed responsibility for the attacks.

Last week, over 20 students were killed and more than 60 others wounded in an armed assault claimed by Daesh/ISIS on Kabul University.