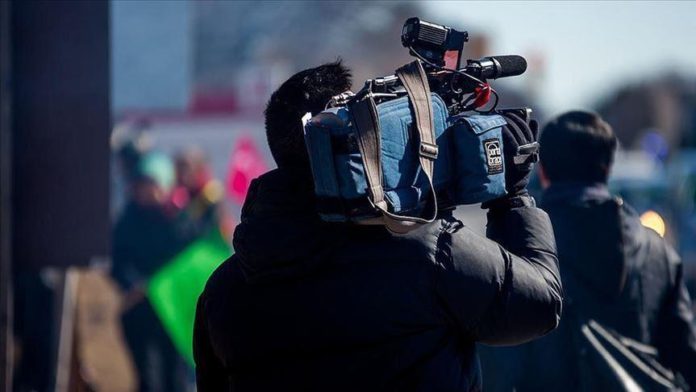 A leading news presenter died on Friday in the Afghan capital Kabul under suspicious circumstances only a day after a female journalist was gunned down.

According to the Kabul police, Fardin Amini lost his life due to excessive bleeding upon arrival in a hospital on Friday morning. Police spokesman Firdaus Faramarz said a police patrol team found the young journalist with a deep wound on his neck.

Hameeda Madadai, a contemporary of Amini, told Anadolu Agency the slain journalist was an introvert. “He was a very decent and hardworking professional, it is a tragedy to know about his death,” she said.

According to the local Sayhoon News, Amini was driving when he received a phone call. He later drove to a deserted spot in the northern part of the city, where he was found with his throat slit with a sharp-edged object.

A day earlier, a leading Afghan female journalist was gunned down by unknown assailants in eastern Nangarhar province.

The incident took place when Malalai Maiwand of the local Enekas radio and TV network was heading to her office in a vehicle along with her driver in the provincial capital Jalalabad. Both Maiwand and her driver died on the spot, while armed attackers fled the site of the attack.

The attack, the third of its kind in a month, has sent shockwaves across the Afghan journalist fraternity.

'No withdrawals of troops from Syria's Idlib': Turkey