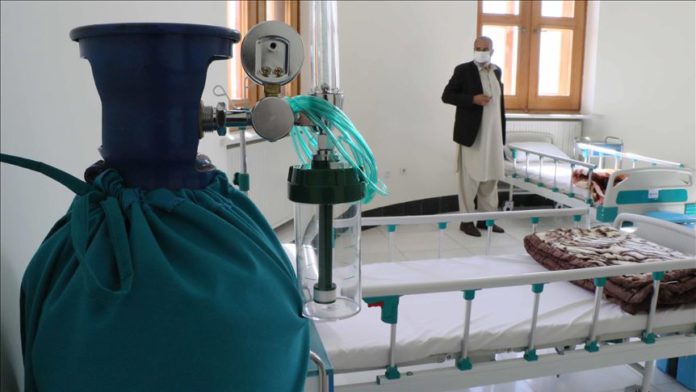 Afghan Health Minister Ferozuddin Feroz has contracted the COVID-19, as the war-ravaged country sees surge in cases of the virus, officials confirmed on Friday.

Waheedullah Mayar, spokesman for the health ministry, told Anadolu Agency that the minister had symptoms of the coronavirus for the past some days, and got his COVID-19 test result positive on Thursday.

He added: “The health minister’s health is stable, and he is under isolation at his residence.”

The number of coronavirus cases is surging with an upward trajectory, Health Ministry officials have warned. As per official figures, in the past 24 hours, 171 new cases of coronavirus were reported in different provinces, bringing the tally to 3,563.

While two people have died, eight recovered from the virus, raising the country’s total death toll to 106, and the recoveries to 468 people.

Grappling with difficulties to curb the spread of the virus, the war-torn country also struggles to deal with conflicts which continue to claim lives.

A roadside landmine blast in Afghanistan killed police chief of Khost province bordering Pakistan along with his three guards, an official confirmed on Friday.

The country’s interior ministry said in a statement that Col. Syed Ahmad Babazay was martyred in a roadside landmine blast along with three guards as they were on their way to an anti-terrorism operation in the Nadur Shdh Kot at 11 p.m. (1830GMT).

But the provincial governor of Khost province, Haleem Fidayee has categorically blamed the Taliban insurgents for planting the land mines and killing the police chief.

Afghan interior ministry on Saturday claimed over 1,000 civilians got killed and wounded in attacks by Taliban in a little over two months.

Tariq Aryan, the interior ministry spokesman, told a press conference that in the past 70 days, the Taliban killed 387 civilians while wounding 590 and abducting 200 others. “In response to these attacks, the Afghan forces, while maintaining the posture of defensive offense, killed around 1,400 Taliban,” he added.

This comes as the top US envoy last week urged the warring parties once again to reduce violence and ultimately reach cease-fire. In a series of tweets, Zalmay Khalilzad said the violence from Taliban has generated a violent response from the government forces resulting in “escalatory cycle”, which he described as “complex but inarguably a negative trend that must be reversed’.

The global death toll from the pandemic nears 270,000, with total infections over 3.84 million, while recoveries have passed 1.28 million, according to figures compiled by the US’ Johns Hopkins University.