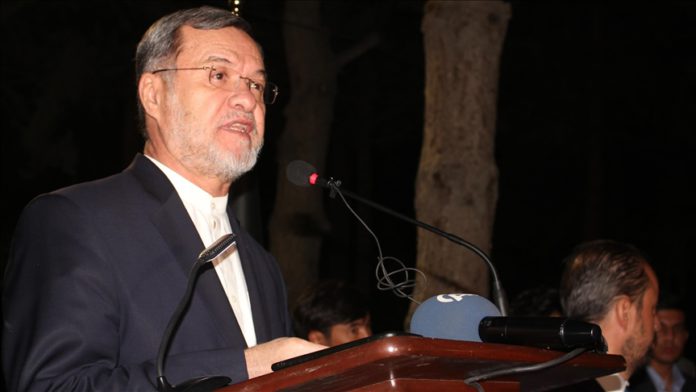 In the run-up to an expected peace conference in Turkey, Afghan Vice President Sarwar Danish on Sunday expressed readiness to amend the constitution of the country if peace with the Taliban is reached.

Introducing the new attorney general, Danish said during a ceremony in the capital Kabul that it is worthwhile to amend the constitution by legal means if a peace agreement is reached with the Taliban.

He stressed that the Afghan constitution should not be scrapped altogether like in the past, as this would cause chaos, but rather should be maintained and amended to accommodate diverse viewpoints.

“The Afghan government’s peace plan is based on two basic principles: One of the principles is justice and the other is sustainability. If peace does not have these two characteristics, it is not peace at all but in reality, more conflict and war in a different shape and form,” said Danish while urging the Taliban to enter peace negotiations with a plan instead of insisting upon war and violence.

A day earlier, the Taliban issued a statement blaming the government of “deceit, fraud, and servitude.”

Following US President Joe Biden’s suggestions about a possible delay in the withdrawal of US troops from Afghanistan under the Doha agreement, the Taliban warned that it would launch its annual spring offensive.

Mohammad Naeem, a spokesman for the Taliban’s political office in Qatar and a member of their negotiation team, told Anadolu Agency in an exclusive interview that the group wanted the future system in Afghanistan to be Islamic.

“Based on the principles of Islam, that we should have a strong, stable, and inclusive Afghan system that can respond to the problems of its people and ensure their security,” he said.

Meanwhile, the High Council for National Reconciliation in Afghanistan announced on Sunday it received 30 proposals for peace from 25 different political parties.

It said these proposals are centered on ideas for a cease-fire, an end to hostilities, protecting citizens’ rights, and an inclusive government.

This comes as Turkey is set to host an international conference on Afghan peace at the request of the US with no date announced yet.