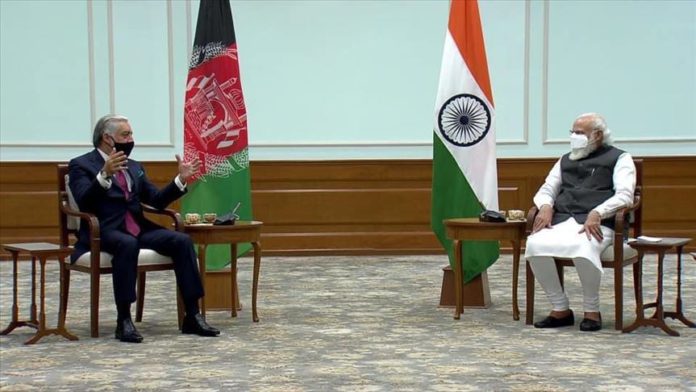 “It’ll take us a little bit to digest it […] The US military on the ground was making preparations for that [partial withdrawal by November]. We as Afghans should be prepared for any eventuality. There would be consequences. That is why we are pursuing talks for peace in Doha,” Abdullah Abdullah said in a speech in New Delhi.

Earlier, Trump said in a Twitter post: “We should have the small remaining number of our BRAVE Men and Women serving in Afghanistan home by Christmas!”

The Taliban have welcomed the announcement.

His tweet came hours after National Security Advisor Robert O’Brien said Washington will reduce its forces in Afghanistan to 2,500 by early 2021.

“The Islamic Emirate (Taliban) welcomes these remarks and considers it a positive step for the implementation of the agreement signed between The IEA [Taliban] and the US. The IEA (Taliban) is also committed to the contents of the agreement and hopes for good and positive relations with all countries, including the US, in the future,” Zabiullah Mujahid, the group’s spokesman, said in a statement.

Earlier in the day, Abdullah, the chairman of the High Council of National Reconciliation, met with Indian Prime Minister Narendra Modi in New Delhi.

Abdullah said in a series of tweets that the two leaders took stock of the latest developments on the Afghan peace process, the talks in Doha and India’s support for the peace efforts.

“HE PM [Prime Minister Modi] assured me of India’s continued support for the peace process, & Afghanistan. I thanked him & the people of India for the invitation, & generous hospitality. I also thanked India for its principled position on the #AfghanPeaceProcess,” he said on Twitter.

In a brief statement, India’s Prime Ministry said Modi, during the meeting with Abdullah, “reaffirmed the long-term commitment to further deepening India-Afghan ties.”

“He [Doval] assured me of India’s full support for the peace efforts, & that any peace settlement acceptable to Afghans will have the support of India. He further stated that his country is in favor an independent, democratic, sovereign & peaceful Afghanistan, where no terrorists can operate. I thanked India for the invitation, its continued support for Afghanistan, & its constructive role in peace efforts,” Abdullah said.

Last week, Abdullah visited Islamabad to hold talks with the military and civilian leadership of Pakistan as Afghan government representatives and the Taliban have continued to engage in agenda-setting talks in Qatar since Sept. 12 for the landmark Intra-Afghan peace talks.

The Afghan government wants the Taliban to agree to a permanent cease-fire, a demand so far resisted by the group.