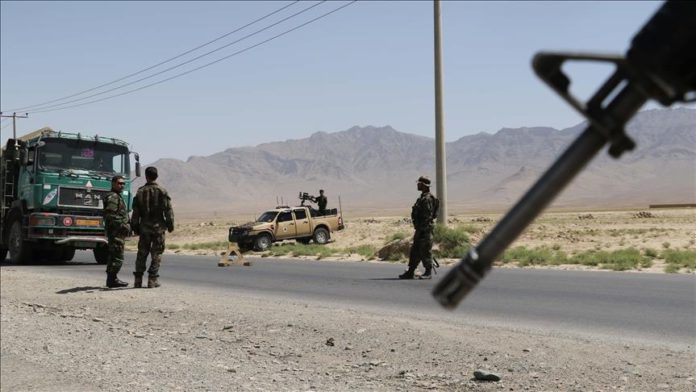 With no respite in fighting, the Afghan government on Monday claimed it had taken back a key northern district from the Taliban.

Gen. Ajmal Umer Shinwari, a spokesman for security forces, told reporters in Kabul that the Taliban have been driven out of Kaldaar in the Balkh province.

The Taliban, on the other hand, claimed to have inflicted “heavy losses” on Afghan soldiers in Kaldaar, which borders Uzbekistan. “During the firefight, six troops were killed and 12 others were wounded,” claimed Zabihullah Mujahed, the group’s spokesman.

Afghan forces have retaken 30 lost districts and killed 1,528 Taliban in the last week, Shinwari claimed. “In some areas, security forces are still in a defensive posture, but soon the forces there will be strengthened for offensives,” he added.

The figures provided by Shinwari suggest that Afghan security forces carried out 154 air and ground offensives, killing 1,528 Taliban and injuring 801 others.

Since the US announced the withdrawal of American forces from Afghanistan in mid-April, the Taliban have stepped up their attacks and recently claimed control of nearly 200 districts in the war-torn country.

Pakistan claims to have granted refuge to 46 Afghan soldiers

Separately, the Pakistan Army on Monday claimed it granted “refuge and safe passage” to 46 Afghan soldiers, including officers, at the Pakistan-Afghanistan border in the northwestern Chitral district.

An Afghan commander on the other side of Chitral requested refuge and safe passage for 46 soldiers of the Afghan National Army and Border Police, including five officers, as “they were unable to hold their military posts along Pak-Afghan international border due to the evolving security situation in Afghanistan,” the military said in a statement.

They were provided refuge/safe passage into Pakistan after making contact with Afghan authorities and following proper military procedures. They
“will be returned to the Afghan government authorities in a dignified way after the due procedure,” the statement added.

But Shinwari, the Afghan security forces spokesman, denied the refuge claims. The two countries have been at odds for quite some time now, trading charges of supporting terrorism and interference.

Afghanistan’s Vice President Amrullah Saleh said in a statement on Monday that the Taliban’s lethal “Red Unit” is mostly made up of Pakistani army soldiers.

“They keep their faces covered and don’t mingle around so people won’t recognize them,” he claimed.

Pakistan has denied such allegations.

Earlier this month, the Pakistan army also granted “refuge/safe passage” to 35 Afghan soldiers at the Pak-Afghan border after the Taliban captured their areas. Later, Pakistan handed them over to Afghan authorities.

*Islamuddin Sajid contributed to this story from Islamabad.

Trump to ‘suspend immigration into US’ due to COVID-19