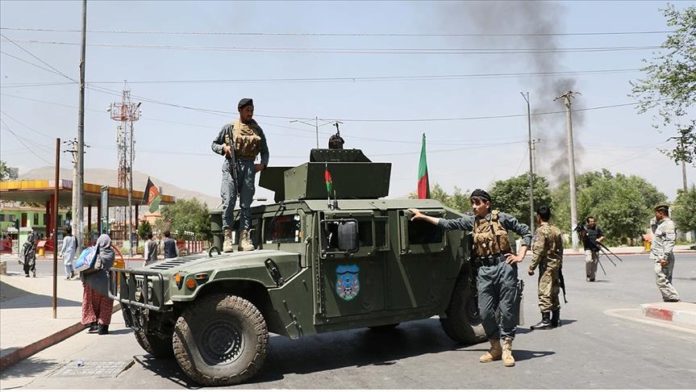 The 209 Shaheen Corps of the Afghan National Army said in a statement that 286 Taliban fighters were killed and 219 more wounded in operations in Faryab. Four restive districts of the province — Andkhoy, Khaja Sabz Posh, Qaisar, and Almaar — have been cleared of insurgents, it added.

Abdul Kareem, a spokesman for the Faryab police command, told Anadolu Agency that Wakil Ahmad, a notorious Taliban commander known as Mullah Nazim and serving as shadow governor for the group, was also among the casualties.

The Taliban, however, rejected the claim, with a spokesman saying the reports were “baseless.”

“We reject this propaganda … The Islamic Emirate’s governor for Faryab is healthy and is busy with his ‘Jihad’ related tasks,” Qari Yosuf Ahmadi said in a statement.

This came days before the Taliban and Afghan government representatives are set to resume intra-Afghan talks on Jan. 5 in the Qatari capital Doha.

The talks are aimed at ending the nearly two-decade-long conflict, following a landmark peace deal between the US and the Taliban inked last February that calls for the withdrawal of all foreign troops from Afghanistan.

‘Omicron is dangerous while many elderly Germans aren’t vaccinated’