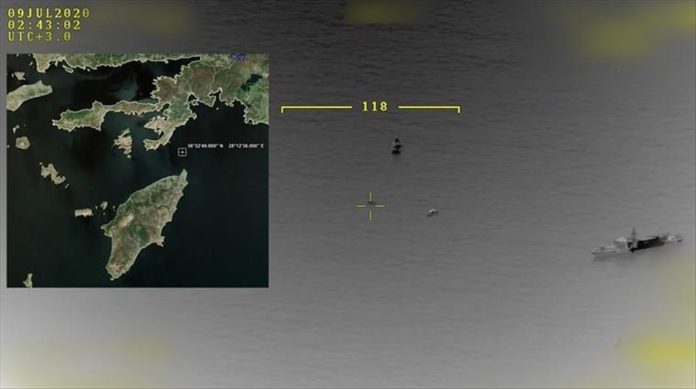 An unmanned aerial vehicle (UAV) footage on Friday showed a Greek coast guard ship leaving irregular migrants in the Aegean to die in the open sea, while Turkish coastal security forces lending them a helping hand.

The footage includes moments when Greek coast guard boats forced the irregular migrants — whom they transferred from a ship to two inflatable boats north of the Rhodes Island in the Aegean Sea — into Turkish territorial waters.

It also shows Turkish Coast Guard units coming to the aid of the migrants.

Later in the footage, the irregular migrants taken on board are then brought ashore.